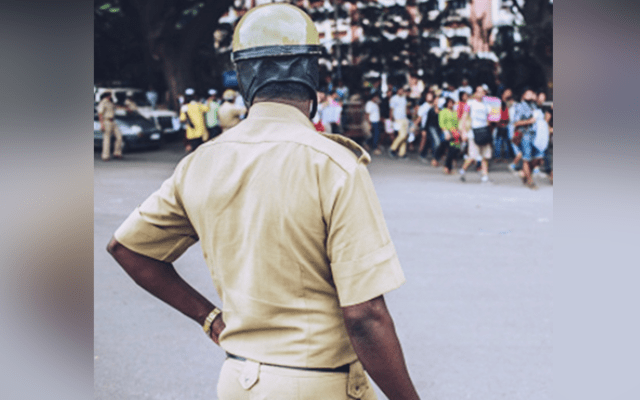 Shivamogga: The two separate incidents of attack on Bajrang Dal activists in Shivamogga  have raised serious questions about the police department and its failure to control such anti-social elements.

Two incidents of attacks have been reported from Shivamogga in the last two days.

In the first incident, a college student and Bajrang Dal activist Harsha was attacked by a gang of seven to eight persons on Sunday July 11.

He tried to stop several men indulging in eve-teasing, following which the latter attacked him while he was returning to his house from college.

In another incident, Kantharaju, a friend of another Bajrang Dal activist Harsha, who was killed after an attack by a gang of unknown persons, was attacked on Monday evening.

Kantharaju claimed that he was attacked since he was a friend of the deceased Bajrang Dal activist.

He was also at the forefront of protests that were organised after the murder of Harsha.

“They (miscreants) had a specific intention of killing me, but somehow I managed to escape,” says Kantharaju, who is being treated at a hospital.

Locals have complained that the police have failed to take action and stop anti- social elements who have been attacking Hindu group activists after the murder of Bajrang Dal activist Harsha.

Sri Ram Sena founder Pramod Muthalik has said that the inability of the ruling BJP government to take action against anti-social elements is resulting in attacks on Hindu group activists in Shivamogga.

“These incidents will rise. The politicians will be sleeping until their sons are attacked with machetes just like Hindu group activists are attacked right now,” he added.

Meanwhile, the police have arrested three persons in connection with the attack on Kantharaju and launched a hunt for the other accused persons.

Hindu group activists are saying that if the state police fails to take action against miscreants now and prevent attacks on them, it will lead to a major uproar not only in Shivamogga but across the entire state.