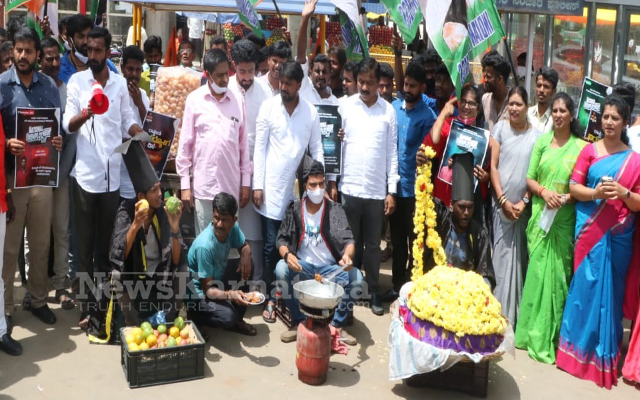 Shivamogga: Before coming to power Prime Minister Narendra Modi had promised youth 2 crore jobs to remove unemployment, which he is yet to provide despite BJP being in power for over seven years, alleged activists of Youth Congress here on Friday September 17.

The activists also held demonstration of selling pakodas and fruits-veggies as a mockery to mark Prime Minister Narendra Modi’s birthday. They also celebrated as unemployment day. 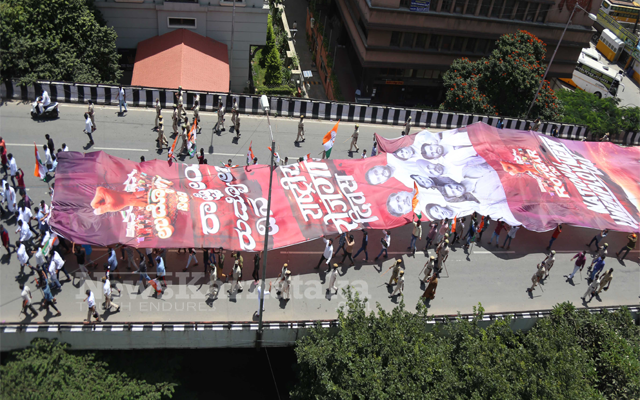 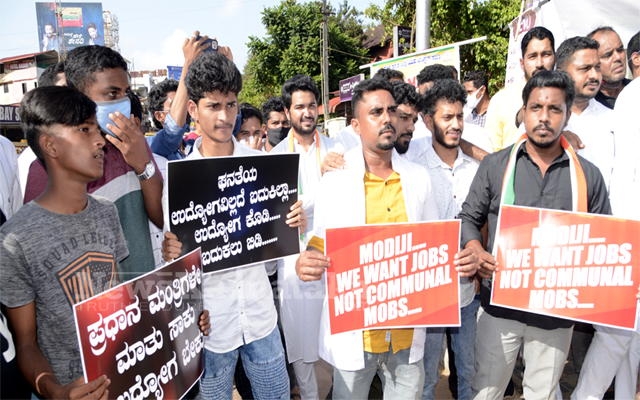 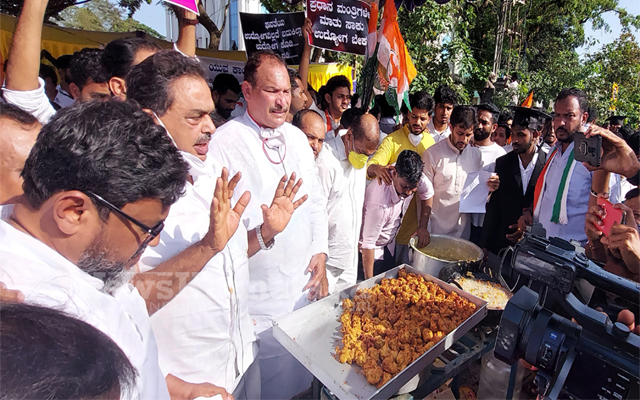 PM Modi to launch PMASBY from Varanasi on Oct 25 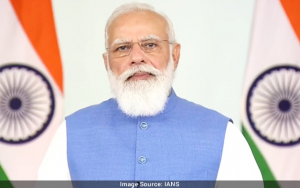 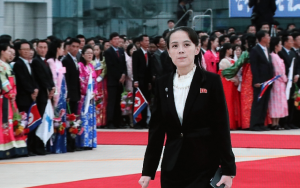