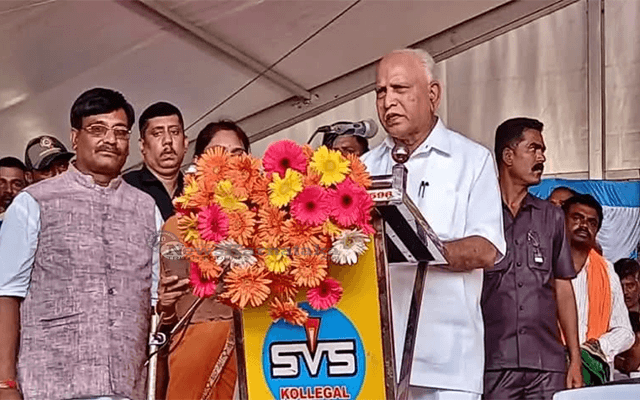 Yeddiyurappa was partcipaing in a religious function at Gowdalli Village in Yelandur Taluk of the District. Addressing the gathering he said that last time you elected legislator N. Mahesh from here. This year also please elect him, he appealed.

In his address, MLA N. Mahesh said that BJP Leader B. S. Yeddiyurappa earlier fought like Arjuna, and now he working like Sri Krishna. “Yeddiyurappa has not betrayed anybody but helped all who believed in him. He said Yeddiyurappa’s popularity has not waned despite no power.