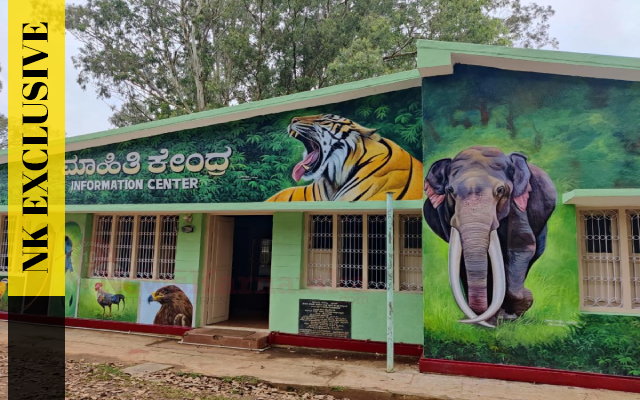 The forest officers last week started painting walls of its buildings in K Gudi area to attract tourists and to create awareness among children. The Safari counter building, and various plaques beside roads now have pictures of elephant, tiger, leopard, bison, and forest conservation pictures drawing the attention of tourists who like Safari.

The artist Nagaraju of Chitradurga gave life to the pictures. BRT Tiger Reserve Deputy Conservator of Forests Dr. G. Santhosh Kumar told that tourists expressed happiness as these pictures of animals and nature have been attracting people.

Artist Nagaraj said that he has been drawing pictures since a month in K Gudi area, and it takes about four days to finish one painting. He said he has done paintings in many districts of North Karnataka.