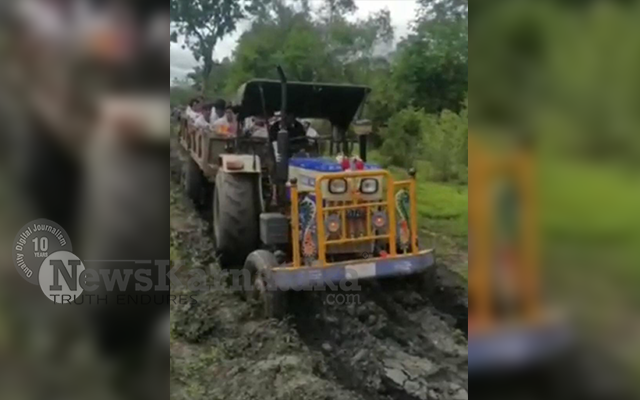 According to the Ministry of Environment Forest and Climate Change (MoEFCC), the Bandipur Tiger Reserve is a critical tiger habitat.

Local communities annually seek the blessings of the deity. A report stated that Bandipur field director N. R. Natesh should have been prudent to take the pilgrims in forest department vehicles, as it is done at Gopalswamy hills.

The tractors have made a mess of the tracks which are regularly used by forest staff for patrolling.

Last month over a hundred people had visited another temple in the same range (Maddur), cooked and had a meal inside the core habitat of the endangered tiger.

The forest department had a cycle rally on International Tiger Day (July 29) to sensitise people about the importance of protecting/ saving the tiger.

The report said that field director, Natesh, should make regular field visits rather than relax in the comfort of his office.

It also stated that Chief Minister Bommai, as chairman of the State Board of Wildlife, should direct superior officers to look into the wishy-washy happenings in Bandipur.