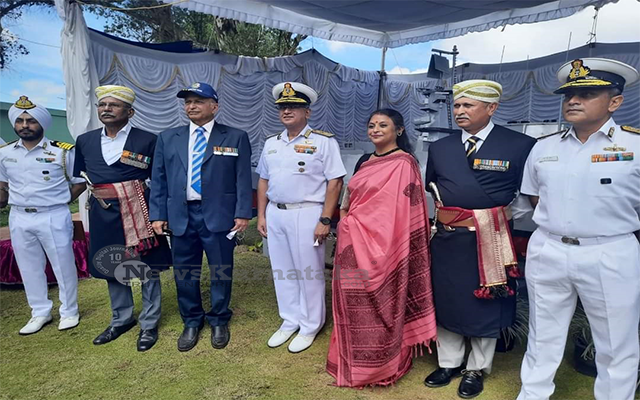 Kodagu: Vice Admiral Biswajit Dasgupta, Flag Officer Commanding-in-Chief, Eastern Naval Command, unveiled the new INS Shivalik ship module, which was newly added to the City’s General Thimmayya Myseum. The model warship was inaugurated after paying homage to the War Memorial at the premises of General Thimmayya Museum  at a function organised by the Department of Kannada and Culture.

The Indian Navy will build 41 warships in the future, of which 39 are to be built in Mumbai, Kolkata, Goa and Vishakapatnam. A warship will also be built privately in Cochin.

Dasgupta said that the Navy has put a lot of emphasis on the security of the nation. Colonel (retired) KC Subbayya, President of the Field Marshal Cariappa and General Thimmayya Front, spoke on the development of the General Thimmayya Museum by the Indian Air Force, Navy and the Army.