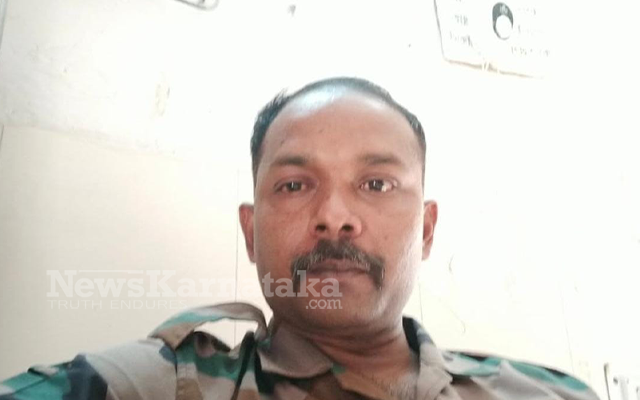 Madikeri: A soldier who was serving at Leh Ladakh has hanged himself and died by suicide due to a family quarrel.

Prajwal (36), a resident of Gondibasavanahalli near Kushalanagar, who has been serving in the army for 18 years as a Havaldar, is the soldier who died by suicide. He has recently returned from his vacation. The incident happened in Dehradun in Uttarakhand on his way to Ladakh. He was married to Navya, from Mullusoge, 11 years ago and has two children.

He is the son of Nagaraj from Gondibasavanahalli.

He is said to have shared a video before the suicide in which he has alleged that the harassment from his wife is also one of the reasons.

News of the suicide has reached his parents, but people are still waiting in the house for information on when the body will arrive at the village.