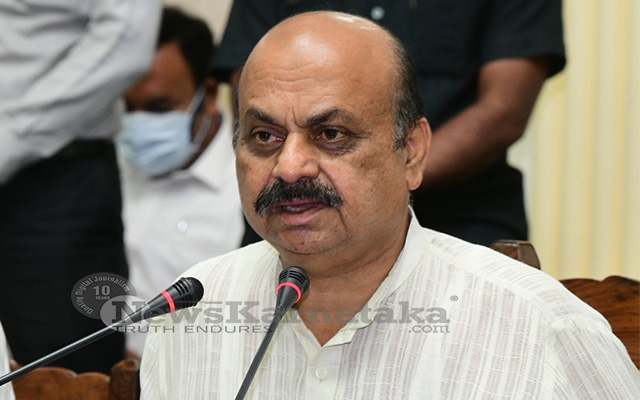 Mandya: Karnataka Chief Minister Basavaraj Bommai on Friday October 15 received a complaint from a woman, who claimed police tried to block her from meeting him with her plea levying serious charges against a police officer.

“When I came to meet Chief Minister Bommai, DSP Manjunath who had harassed us was present at the spot. He had instructed all police staff to prevent me from meeting Bommai. They pushed me when I tried to approach him. After seeing me pleading and begging with police, the Chief Minister noticed me and took a complaint from me. He has also assured me action against the guilty,” she said.

Maheshwari has stated in her complaint that her husband Nanjesha was falsely implicated in a property dispute case. She claimed that the dispute is civil in nature, but the complainant, with the help of Manjunath, has been giving it a criminal colour with mala fide intention.

She has also alleged that Manjunath, though not being an investigating officer in the case, had, without following due process of law, subjected her husband to third-degree treatment and also misbehaved with her and used lewd and unparliamentary language.