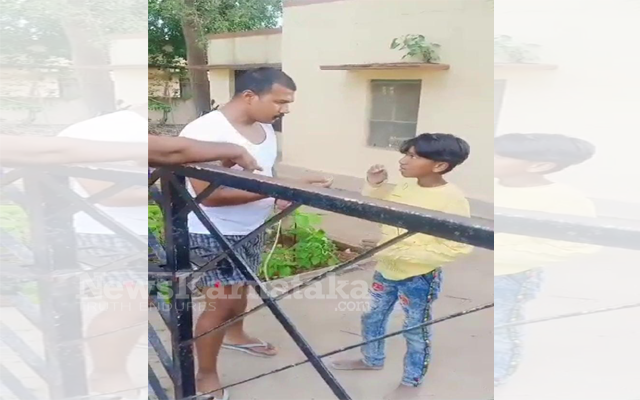 Mysuru: An incident of harassment on a minor boy by a man who claimed to be a Sub Inspector of the district has been reported in Mysuru on Friday July 30.

The video of a minor boy tied to the gate has gone viral on social media.

A 12-year-kid from Gayatripuram of Mysuru stepped out of the house in order to collect the neem leaves for Pooja. The boy plucked some leaves from the tree growing in front of the man’s resident claiming to be SI. Enraged by this act of the boy, the man tied the minor to the gate.

People who observed the act crowded at the place forcing the man to release the boy. And also the video shot by the local people has gone viral on social media platforms.

Stanley from Odanadi Seva Samsthe after watching the video filed a complaint to the State Commission for Child Protection and CWC unit officers. Further, he requested them to take effective action against the man claiming to be serving the police department.