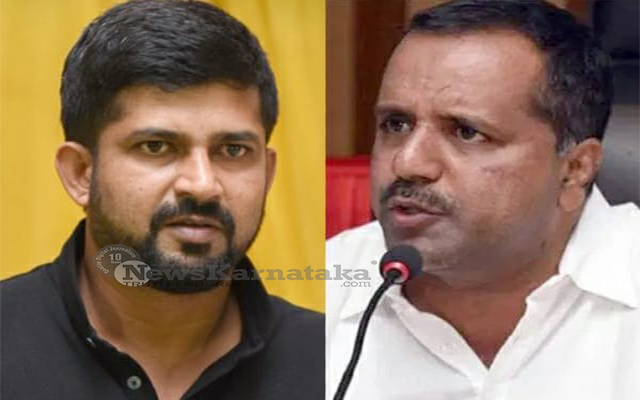 Mysuru: Ullala MLA U. T. Khader said that everyone is trying to solve problems while Mysuru Kodagu MP Pratap simha is creating problems.

Speaking to mediapersons here on Monday February 15 referring to Simha’s statement that :shun Hijab and take kitab’, he said that if one asked who is important mother or father what can be said? He said Pratap should save prestige and tradition of Cultural City  instead of bringing a black spot.

He said Pratap is speaking like a fool, and added that even if Tippu express is renamed as Wodeyar express the contribution of Tipu sultan can’t be hidden. Wodeyar and Tipu both have contributed immensely to  Mysuru. He questioned  Simha that how many kilometres of tracks and new trains he brought to Mysuru after he became MP. He further said the State Government should immediately call a meeting of religious heads and all parties to solve the Hijab
row. The Government should continue the same norm of uniform in schools till the final verdict of court comes, he added.

Reacting to Khader’s allegations, Simha lambasted him saying that he is speaking like Mulla of Ullala. He said that Khader doesn’t know the history of
Mysuru, and that Tipu’s father Hyderali backstabbed Mysuru kings. He said the State Government should continue  the same stand till court verdict comes on Hijab issue. If government allows Hijab in classroom they would also ask for Namaz room in schools next, and in future they would demand separate country, he said.

He said 70 years back they did the same. He said uniform system prevails all over the world in education system. This system has been bring about uniformity among students of various religions, caste and creed. The Congress and U. T. Khader is lacking this basic knowledge, he said