Mysuru: C Shikha, deputy commissioner of Mysuru has been transferred as commissioner of social welfare department on August 10. During her three and half year tenure in Mysuru district as Deputy Commissioner she had to face of lot of challenges which she managed to overcome all.

Thought a lesson to congress leader K Marigowda, who was close aide of Chief Minister Siddaramaiah: On July 3, Marigowda allegedly intimidated Shikha at Government Guest House for not relieving the then Mysuru tahsildar Naveen Joseph even after his transfer to Yadgir. The DC was there to receive Chief Minister Siddaramaiah who had come to the city to attend an Iftar party. Marigowda shouted at Shikha while she was moving towards her vehicle to join the CM’s convoy. He was upset with Naveen as he had cleared an encroachment of a government land at Hebbal in city on which Marigowda’s friend had developed a residential layout. Also, the DC cancelling the bar license of a resort owned by Marigowda’s brother-in-law a few days earlier had not gone down well with him. Irked Shikha lodged complaint against Marigowda at Nazarbad Police Station. Soon after coming to know about the case filed by Shikha, he was found absconding and it was only after High Court rejected bail and told to appear before local court. With no other option Marigowda surrendered before Nazarbad police station on August 3. He was later produced before Third JMFC Court. Judge G Deepa sent him to judicial custody till August 16 following which he was taken to the Mysuru Central Jail.

Hailing from neighboring Tamil Nadu, the 2004 batch IAS officer Shikha is an engineer in Instrumentation Technology. Having served in Gadag as Deputy Commissioner and CEO in 2009, Shikha served as Dharwad ZP CEO during 2009-10 before becoming the Director of Administrative Training Institute (ATI) in Mysore in 2012 and subsequently posted as MD of CESC. 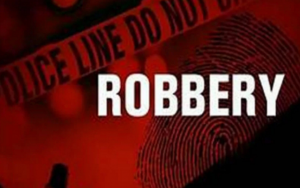