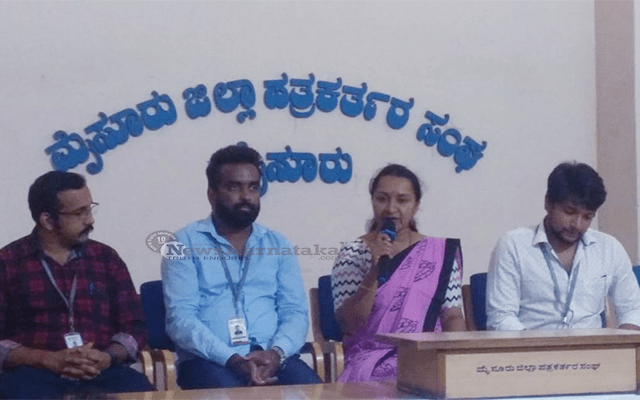 Speaking to mediapersons here on Tuesday April 5 Department Chairperson and Professor Moulya Baladi said that this is the fourth edition of the film festival. “The competition has already received over 70 entries from across the country and two from Berlin and Dubai also. The languages include Kannada, Tamil, Malayalam, Telugu and Tulu short films. The short films have been received from Haryana and the popular Satyajit Ray Film Institute also,” Moulya added.

Popular Actor and Director Raj B. Shetty of ‘Ondu Motteya Kathe’ and ‘Garuda Gamana Vrishabha Vahana’ fame will be the chief guest for valedictory and award ceremony on Saturday. Vaishali Hanumanth and Hanumath, the proprietors of DRC Multiplex Cinemas, Mysuru will be the guests of honour.

Besides the competition, the fest comprises workshops and interaction with eminent resource persons from the cinema industry.

The winners of the event will be acknowledged and awarded cash prizes. First best film will get Rs. 10,000, second best Film Rs. 7,000 and third best film Rs. 5,000. A special category cash award of Rs. 4,000 will be given to each of Best Director, Best Performer, Best Cinematographer and Best Editor. The fest aims at providing an exposure for students to showcase their talent and skills in short film making.

As part of the event, PixelKraft, Graphics and Portfolio Exhibition of final year students of the institution is also organised, Moulya Baladi added.