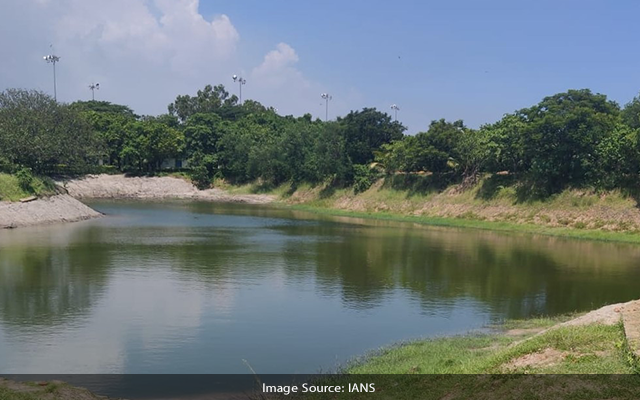 Mysuru: The SKRDP BC trust and a group formed by the villagers has conserved the Karakanahalli Chikkakere in Karakanahalli village on the outskirts of the City under the ‘Nammura Namma Kere’ initiative. The lake has been unfilled for the past two decades.

According to sources, it was conserved at a cost of Rs. 5.7 lakh. This lake now supports approximately 150 families and animals as well. Over 20 bore-wells that had dried up have now been refilled as lake water has increased the village’s groundwater table.

Heggade informed that 166 lakes will be conserved across the State in the coming year. “In collaboration with the State Government, we are launching the Kere Sanjeevini programme. The importance of lake conservation has been forgotten by today’s generation. For everything, people look to the government. It’s not fair,” he said.

He also said that humans, as well as cattle and other living creatures, rely on lakes for life. “We must conserve the lakes in order to avoid a water shortage,” he added.