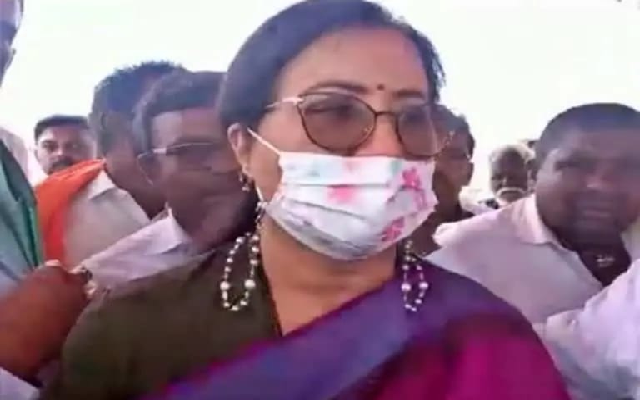 Mysuru: The Police has registered a case against 7 persons on charges of assaulting Mandya MP Sumalatha Ambareesh’s car driver on Wednesday March 9.

It is said that Sumalatha had visited Manjanalli in KR Nagar Taluk to perform Bhoomipooja for road construction works. But JD (S) workers strongly objected to it saying local MLA Sa. Ra. Mahesh should also be invited for the pooja. But Sumalatha and Congress supporters said that for the work taken up under MP Local Area Development Fund inviting local  MLA is not necessary.

Sumalatha has filed a complaint against 7 persons. Saligrama Police has registered a case and are investigating.