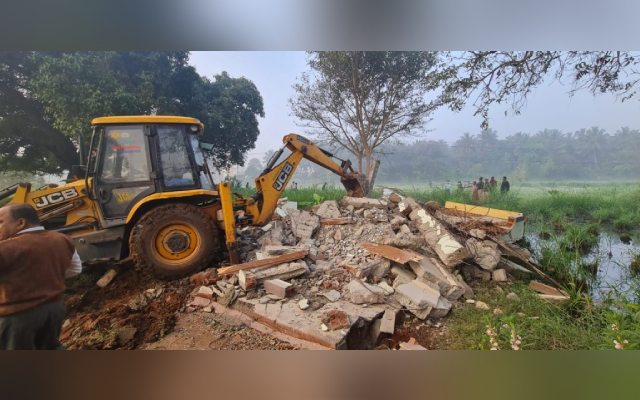 Mysuru: In a major eviction drive, Mysuru Urban Development Authority (MUDA) took into its possession 6.14 acres land belonging to Survey No. 123/1 in Basavanahalli in the outskirts of City worth a whopping Rs. 160 Crore backed by a recent court order. MUDA officials in an early morning drive cleared a shed on the said land with police cover.