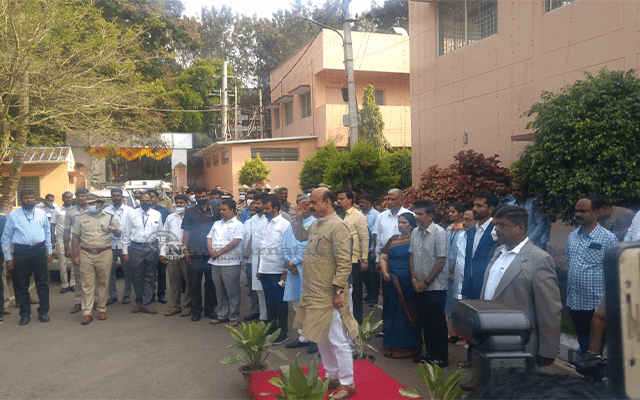 Bommai along with Sutturu Matha Seer Sri Shivarathri Deshikendra Swamiji did the honours in the presence of Shaktidhama President Geetha Shiva Rajkumar, actor Shiva Rajkumar and other dignitaries.

The Infosys Foundation has funded approximately Rs. 3 Crore for setting up the new block. It is the second structure funded by Infosys  in the City.