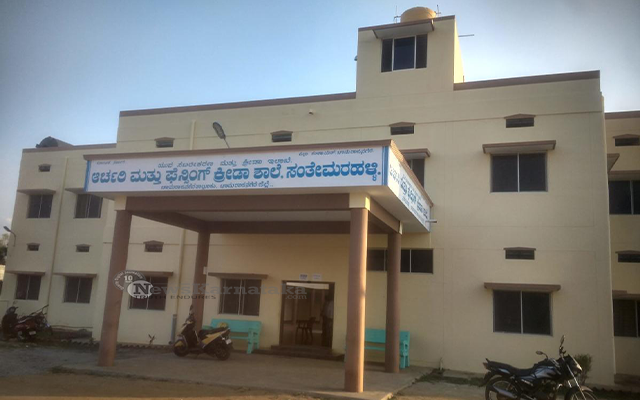 More than 50 parents on Tuesday January 19 met Deputy Commissioner in Madikeri and submitted requisition in this regard.

Speaking to NewsKarnataka, a parent C. K.  Rajiv Kushalappa said that the administration converted the Navodaya School as it is in Galibeedu outskirts of Madikeri City and has beds and toilets.

However, not attending classes for two years has hampered students’ education. The State syllabus students get the tuition under Vidyagama Project introduced by State Education Department but Navodaya School is teaching CBSE syllabus and hence there is no tuition. He said that the District Administration should convert Kalyana mantapas, and community halls, as CCCs by not considering Navodaya School for CCCs. He said more than 600 students are studying in Navodaya School and it is a question of their future.

The parents of Archery and Fencing Sports School in Santhemarahalli in Chamarajanagara Taluk also has raised objections to converting the school to CCC. The Chamarajanagara District Administration converted this sports school last year to CCC. More than 60 students are studying in high school, PUC and degree colleges. Though students from faraway places like Bidar, Hubballi, Dharawad, Chikkamagaluru, Ballari, Shivamogga and other places to become sportspersons. Many former students from here have represented the State in sports.

Now, all students have been sent back to homes after it was converted as CCC and patients are being treated there.

Speaking to NewsKarnataka, District Youth Empowerment and Sports Department Assistant Director Anitha said that followed by instruction of administration the school has been converted as CCC. The students will be provided accommodations in BCM and Social Welfare Department hostels.

School shootings in US rise to highest number in 20 years