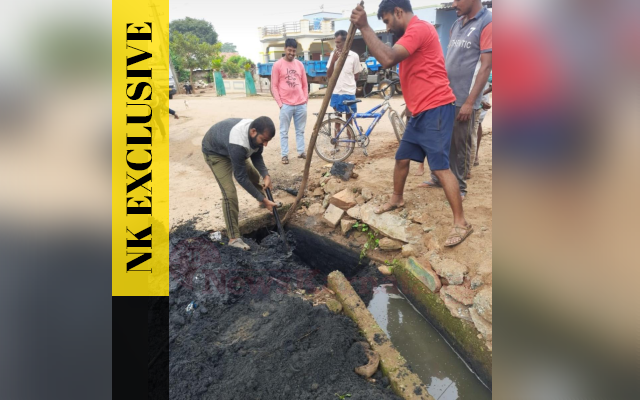 Mysuru: A team of youth in a village in Mysuru Taluk has transformed a tiny village as a model village. Bettadabeedu Village in Mysuru Taluk is also one of the village like other villages of the District. The village was facing many civic problems and also lacked basic amenities. The villagers depended on the government for all kinds of work, and when work delayed villagers cursed officials while waiting for months to get work done. Many work took long time at the government level.

After watching all this a software engineer Chandru, who is also a native of village decided to solve many of the problems with youth power.

The team of 150 youth in the village held a meeting and formed a committee namely Bettadabeedu Olitigagi Grama Swayam Seva Samithi (Volunteers committee for welfare of Bettadabeedu). Within two years of formation of committee, the village became a model one. The village has 550 families situated beside  Chikkanahalli Reserve
Forest and Konappanabetta and main occupation of villagers is agriculture. The committee members contribute Rs. 500 each every month for the development of the village. The committee organises meeting every Sunday to hold discussions about developing village.

Speaking to News Karnataka, Chandru said that the committee has repaired tube wells in village, helps get old age and widow pensions to many people in the village. The committee has pledged to make village liquor-free and handed over three accused to police recently for selling liquor illegally in Kirana stores. He said during his college days he was actively involved in social work organised by NSS, and hence aimed to participate in social service too.

Committee member B. Kumar said that a year back many people were addicted to alcohol and liquor was sold illegally in every road of the village. After organising many awareness programmes, the committee members swung into action to prevent liquor sale, and thus it has come under control. Today many poor people are saving their money.

A villager Mahesh said that the committee members are doing the job meant for the government. If every
village has a team of volunteers, tens of problems would be solved without the government aid, red tapism and long wait, he averred.