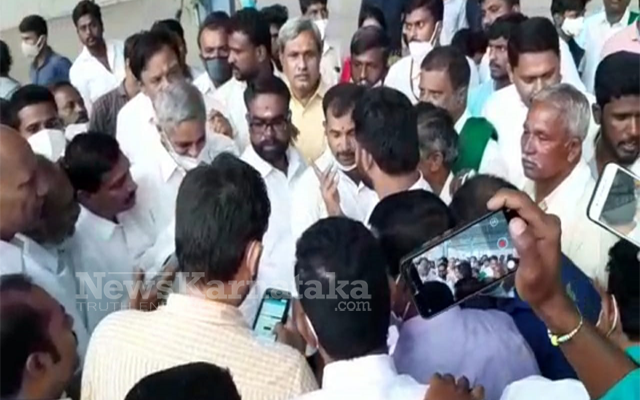 It is said that Simha insisted officials to conduct auction on Friday September 24. As Simha and Former Minister C. H. Vijayashanakar visited the Tobacco auction at Periyapatna and kick-started the morning auction, the farmers were disappointed due to the pricing that was as low as Rs. 185 per kg in the opening hours.

Simha had to face the heat of farmers, as they gheraoed him. The angry farmers also raised slogans against Pratap Simha and Vijay Shankar.