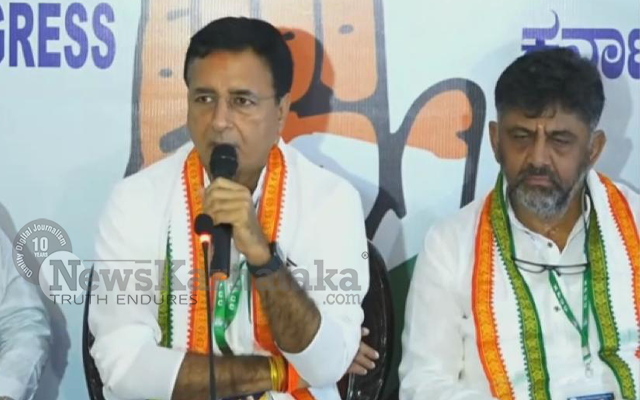 Mysuru: Congress party state in charge Randeep Singh Surjewala alleged that use and throw is the culture of BJP. “They did the same to former chief minister B. S. Yediyurappa,” he said.

Speaking to media persons here on Saturday July 31, he said that prime minister Narendra Modi and home minister Amit shah has no respect for elders.

He alleged that senior leaders L. K. Advani, Yashwanth Sinha, Jaswanth Singh, Keshubhai Patel, and many other leaders were side-lined by them.  Reacting to phone spying, he said that the BJP used spyware to topple the government in Karnataka. He said that RSS is telling to remove many ministers in state. Few legislators went to court regarding CD, he said.

He said, “when people were dying due to shortage of medicines and oxygen, where was prime minister gone? Where was BJP president J. P. Nadda? Where was Yediyurappa and Bommai? He said that all are only power hungry. He added that all congressmen joined here to solve the rift among them.