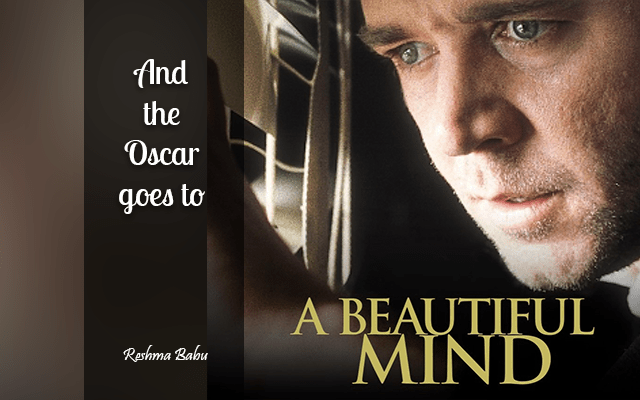 A Beautiful Mind (2001) is a film based on the true story of schizophrenic Mathematician John Forbes Nash Jr. played by Russell Crowe. The film is adapted from Sylvia Nasar’s biographical work ‘A Beautiful Mind.’

The story, brilliantly acted by Russell Crowe, covers many key moments in Nash’s life, including all of the difficulties he and his wife Alicia (Jennifer Connelly) endured. 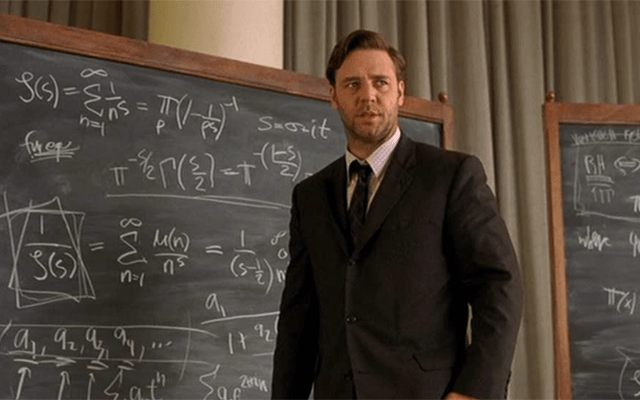 This film begins with a timeline when Nash enrolls in a graduate school at Princeton to study Mathematics. John is portrayed as a socially awkward person. However, he makes friends with his roommate Charles Herman (Paul Bettany) in school. The bond between the two makes the narrative interesting as John fails to do so with others.

He is invited to work at MIT after an incident at a pub that inspires him to develop his Nash Equilibrium. The world of the viewers crumbles when we realise halfway through that his roommate, his roommate’s niece, and several other personalities we have already met are just fragments of his imagination. However, Nash’s life continues when he marries Alicia, one of his MIT graduate students. 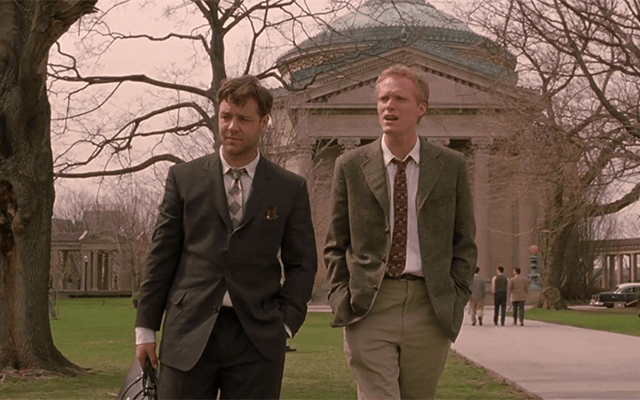 John is eventually admitted to the hospital, where he fights his condition and tries to mend the shattered pieces of his life with the help of medication. Delusions, limited speaking, and numerous cognitive symptoms such as poor executive functioning are rightly used in the film, which are the typical signs of schizophrenia.

Director Ron Howard and his brilliant cast have created a masterpiece with A Beautiful Mind. In the film, Howard is able to go into Nash’s head and takes the audience on a wonderful journey that illustrates the fine line between genius and madness.

Russell Crowe delivers a jaw-dropping acting performance in this film. He brilliantly portrays Nash as a young adult at Princeton all the way to the accomplished but devastated Nobel Laureate. 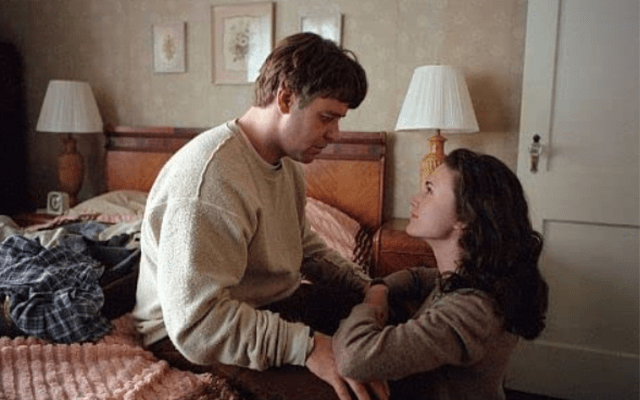 As Alicia, Jennifer Connelly gives the performance of her career. The second half of the film is dedicated to her as she evolves from a minor figure in Nash’s life to the only person who can save him.

A Beautiful Mind is an emotional rollercoaster film that everyone should see at least once because it is a gem. The film is well deserved to win the Academy Award for Best Picture in 2002. Other Academy Award bagged by the film include the Best Actress in support by Jennifer Connelly, Best Director and Best Writing.