Directed by Michael Curtiz, Casablanca (1942) is one of the most celebrated classic romantic films of all time. Initially, when Warner Brothers produced Casablanca, they didn’t think that the film would be a successful one. But soon after its release, the film started winning hearts all over the world.

Set during World War II in the French-occupied Moroccan City of Casablanca, the film tells the story of a man named Rick Blaine (Humphrey Bogart) who runs a club named ‘Café Américain.’ He is known as the final hope for refugees fleeing Europe by helping them get visas. 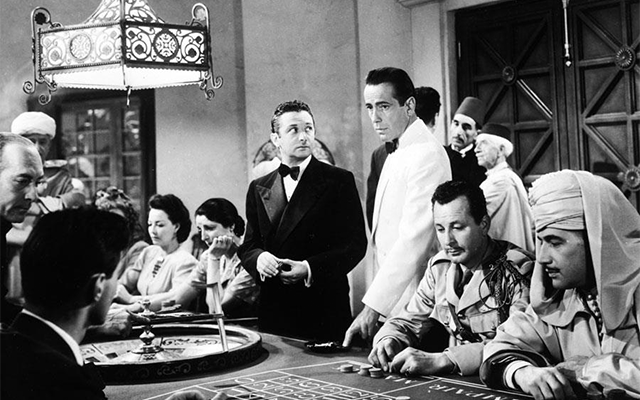 To his surprise, one day he finds his ex-lover Ilsa Lund (Ingrid Bergman) and her husband Victor Laszlo (Paul Henreid) at his café seeking such papers. Rick gets really upset after meeting the woman who left him alone and the fact that she even had a husband made him miserable.

When the couple tries to obtain visas to escape to US, Rick refuses to sell them at any cost. Ilsa confronts Rick in the deserted café later that night. She threatens him with a revolver when he refuses to give her the letters. She is unable to shoot since she is still in love with him. She said she thought her husband had been killed in a concentration camp. It was only as she was about to escape Paris that she learned Laszlo was still alive and hiding.

Realising that Ilsa is still in love with him, Rick eventually helps her and her husband escape Casablanca by handing over the letters of transit at the airport. Instead of asking Ilsa to stay, he sacrifices his love for a better future. 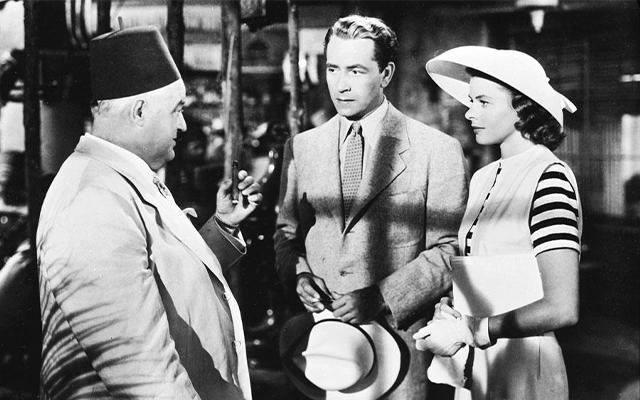 Casablanca is not just a film about love triangle, the director explores themes of love and treachery, selfishness and sacrifice, loyalty and survival throughout the film. When all of these themes are set against the backdrop of war, the consequences and outcomes are intensified.

The film was mostly shot in the studio in black and white, where the world of light and shadow portrays its image of the chaotic war years. Many of the people in the film who played had first-hand experiences of the war and Nazi brutality and had escaped from Europe to America. Only the characters Rick and Sam were born and raised in the United States.

The close-ups of the plane with the engines in the film’s last scene made it appear as though the scene was taking place in a real airport with a real jet. 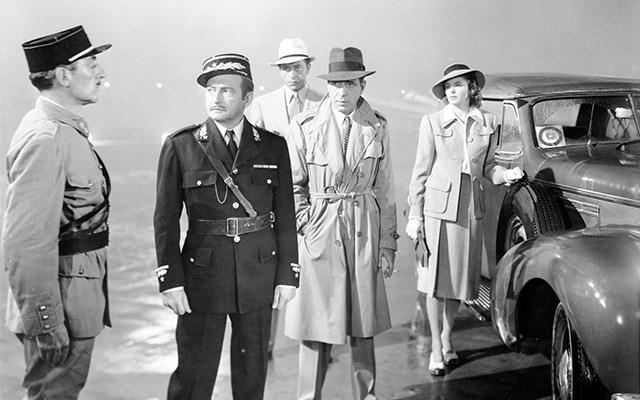 The story, casting, acting, dialogue, staging, music, sound, lighting, camera movement, editing, and production are all so good that viewers are only interested in what’s going on in the movie, not how it was made.

With an outstanding cast and direction in a classic style, Casablanca hasn’t aged a day since its release. Even after 80 years, the film is one of the most recognisable, timeless and heartfelt love stories ever put to film.