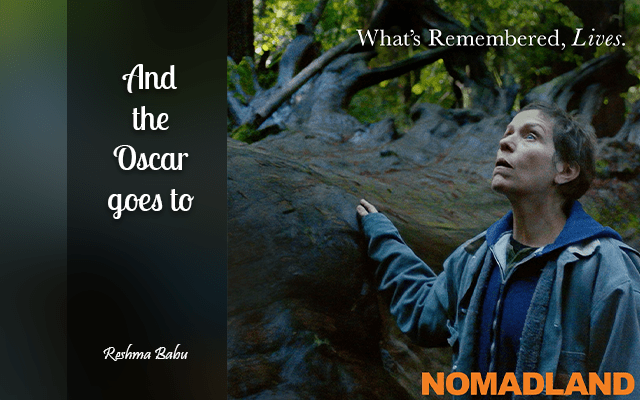 Why do we watch films? For some, it’s entertainment, while for others a way to escape reality, a feeling of liberation, a way to relieve stress, and so on. I believe a film becomes artistic creation when it is placed close to reality. Nomadland (2020) is one such film. 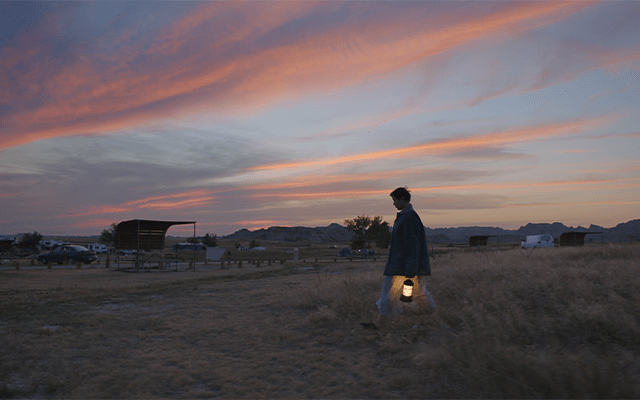 The film paints a realistic portrait of a 61-year-old widow, Fern (Frances McDormand), as a nomad in the Nevada desert. She lost everything in the 2008 financial collapse, including her home and work in the now-deserted Empire, Nevada.

Fern sets out alone in her Ford Econoline van across the American West. She moves around from job to job across the country, occasionally colliding with other nomads but never settling down. She is a former English teacher who enjoys poetry and loves Shakespeare’s “Sonnet 18.” Despite the miseries, she is an intelligent, courageous, and completely self-sufficient person. Fern comes across real-life nomads like Linda May and Charlene Swankie. Linda May becomes Fern’s closest friend and she plays an important role in describing how trauma can play a role in embracing a nomadic lifestyle. Swankie’s character is dying of an illness and instead of dying, she prefers to live life on the road, enjoying the beautiful world. Fern also has a tough relationship with a fellow traveller (David Strathairn).

It is interesting to note that McDormand did a few of the jobs done by the nomadic workers like harvesting beets and packaging Amazon orders through the Camper Force programme for four months while filming in seven states. All of this contributes to the authenticity of her performance. Fern is played by Frances McDormand, who gives a brilliantly balanced low-key performance and was perfectly cast for the part.

The film is brilliantly written, shot, and acted. The background music too builds up the momentum of the story. It is a beautiful blend of film and documentary where it features real people of the travelling community. I can see why it attracted the film industry after its Oscar win. 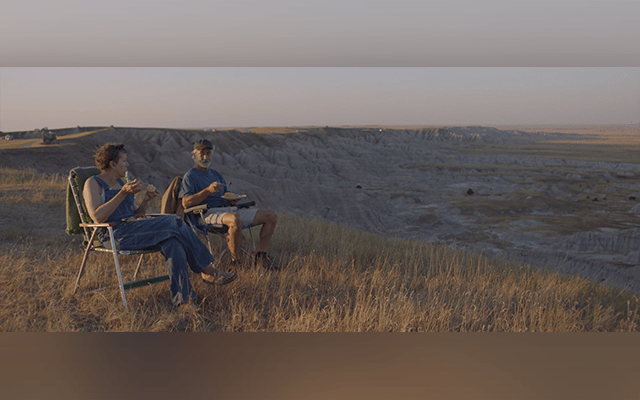 To be specific, Nomadland doesn’t really have a plot, much like our daily lives do not have one. You live every moment and create memories. What keeps Nomadland aside is the depiction of life in the pure form where happiness and suffering are inevitable, and somehow, they are inseparable.

In the 2021 Academy Awards, Nomadland won Best Motion Picture of the Year, Best Performance by Actress in a Leading Role and Best Achievement in Directing.