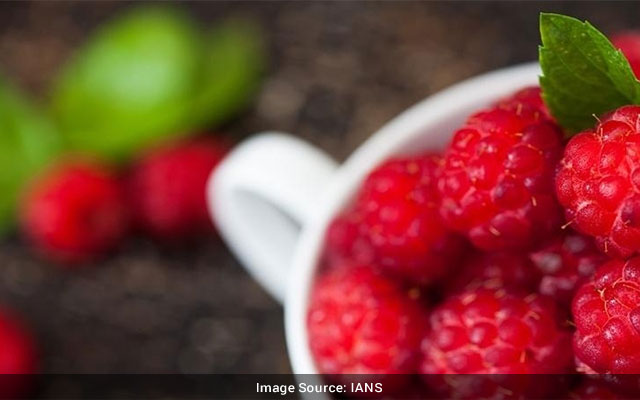 New Delhi: 37 or 38 weeks pregnant, the finishing line seems so close yet so far. As one inches closer to their due date, often patience runs out and you may be ready to try every food possible to help induce labour naturally.

Most women choose to speed things up naturally with food choices. Some look at these food groups as old wives’ tales since there is limited evidence to prove these are hundred per cent successful in aiding labour.

Red raspberry leaf is known to help strengthen the uterus muscles and tone the pelvic floor- both of which can help prepare for the process of birth.

Studies have revealed that red raspberry leaves can help shorten labour and decrease the likelihood of a C-section or chances of an assisted birth using forceps/vacuum.

These leaves are commonly consumed in the form of tea by brewing the leaves in boiling water and then consuming the same.

Since raspberry leaves can increase the frequency of Braxton hick’s contractions, it is recommended to consume these past 34 weeks

The orange and ripe papaya although thought to be prohibited in pregnancy can actually be consumed occasionally in moderation and is no longer considered harmful for pregnant women.

However, it is the green unripe and raw papaya that contains latex, which is believed to have properties similar to that of the hormone oxytocin (released during labour for uterine contractions)

For this reason, unripe papaya is often a food choice amongst pregnant women who are naturally trying to induce labour during their last couple of days of gestation.

Pineapple is yet another fruit that is generally avoided by most pregnant women during pregnancy. Unfortunately, not many seem to know why this norm is popular.

Pineapple contains an enzyme known as bromelain which is believed to cause cervical ripening. Cervical ripening is the first step towards cervical dilation which could eventually lead to labour.

It is believed that the highest concentration of bromelain is present in the core of the pineapple.

Pineapple is therefore consumed by pregnant women often in the last weeks of pregnancy in a bid to aid cervical ripening.

It is believed that dates can help with the process of cervical ripening while also improving the spontaneity of labour & reducing the chances of postpartum haemorrhage.

Studies have revealed that those who consume dates in their third trimester have a shorter first stage of labour and a quicker rate of cervical dilation.

It must also be kept in mind that although dates are high in fibre, they do contain high levels of sugar and are therefore to be avoided in cases of gestational diabetes or for those who have a yeast infection in pregnancy (yeast feeds of sugar).