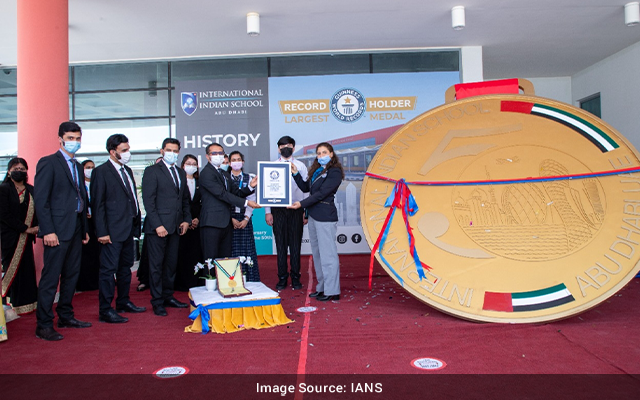 Abu Dhabi: The International Indian School- Abu Dhabi, which has 60 per cent Indian students besides students from 24 other countries, wrote itself into the Guinness record book for making the largest medal.

Speaking to IANS, school principal Beno Kurien said this achievement has been the creation of the 850 students.

“The concept and the idea came from the students and teachers who made this a reality. It took three months for this to happen and when completed the medal made of steel weighed around 450 kgs and has a size of 5.93 sq meters breaking the previous record of 68.5 kilograms and 2.56 sq meters,” said Kurien, adding that officials from Guinness came and approved it.

He said that the medal was made to celebrate the 50th year of the UAE and also the fifth anniversary of the school.

“The medal has been inscribed with the major landmarks of Abu Dhabi and it’s now placed in the lobby of our school,” added Kurien.

Charanjit Singh Channi to be next CM of Punjab