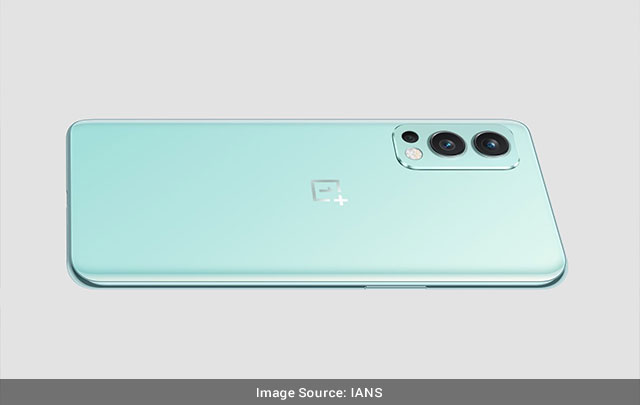 New Delhi: After launching its flagship OnePlus 9 series in March, the global smartphone brand has now unveiled a new smartphone in India, which is a successor of its affordable and popular smartphone series ‘Nord’.

In the mid-premium category, ‘Nord’ has created a distinctive place and the first device that was launched in July 2020 has done wonders for the company in the Indian market, becoming a big part of OnePlus’s global diversification strategy of more products across price points.

The OnePlus Nord 2 5G will be available in India in three storage variants, at OnePlus.in, Amazon.in, OnePlus Experience Stores and other leading stores from July 28 onwards.

We used a top-of-the-line variant that offers 12GB RAM and 256GB internal storage in blue haze colour for a while and here’s how it fared.

OnePlus Nord 2 5G shares a similar look to other smartphones in the 9 series. As usual, it boasts a beautiful design and feels like a premium device. The colour of the device is soothing to eyes, adding more value to the device.

On the front, there is a camera hole at the top left corner for selfies. If you turn the device, you will see a camera bump on the top left, that has a rear camera setup and you will find a company logo in the centre.

The power button, alert slider and other keys are placed perfectly, which allowed us to use the phone single-handedly. It weighs only 189 grams.

We found that the display offered a smooth viewing experience to a great extent and the slim bezels made the display look more attractive, along with proper brightness and decent view angles.

However, if you are currently using a 120Hz refresh rate, you may surely find the difference between the two.

While using the smartphone under direct sunlight, we did not face any issues and the colour reproduction remained intact even when we viewed the screen from different angles.

For selfies and most of your virtual meetings, there’s a 32MP camera with a Sony IMX615 sensor on the front.

As per the brand, it is the highest-resolution front camera on a OnePlus device.

On our usage, the photos clicked from the front and rear sensors did a decent job.

It gives users a chance to have a realistic picture of what they want to capture — both during the day and at night. Also, for capturing photos during the night, the Nightscape mode is a boon.

OnePlus Nord 2 5G also comes with an ‘AI Photo Enhancement’ feature, which recognises up to 22 different photography scenarios and automatically adjusts the settings for improved results.

Talking about its chipset, the smartphone is powered by the MediaTek Dimensity 1200-AI processor, which features one of the fastest smartphone CPUs ever.

After playing few heavy games such as Asphalt 9: Legends and Call of Duty, it can be said that the device is good for gaming. It handled most mid-to-heavy games without any lag.

Also, the smartphone did not lag while multitasking, and the face unlock as well as in-display fingerprint sensor worked fine.

The 12GB RAM and 256GB of internal storage were sufficient for our usage.

In terms of battery, the smartphone houses a 4500mAh battery with Warp Charge 65 charging technology, just like the flagship OnePlus 9 series.

More battery power would have made the device more appealing for heavy users. However, with the fast-charging technology, this is taken care of.

Conclusion: With its premium looks and powerful processor, OnePlus Nord 5G is a phone that can surely woo all generations. It stands strong against the smartphones from other brands in the same price segment.

Unemployment has peaked in Goa, says Kejriwal ahead of visit

Lebanon’s health sector at risk of collapse: WHO