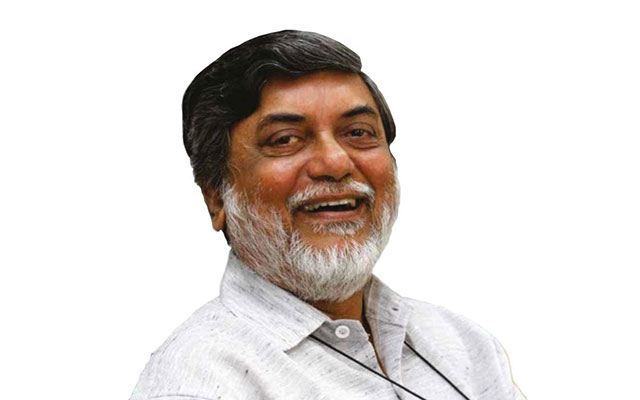 New Delhi: Always ahead of his times, Dr Anil Rajvanshi has been credited with infusing science and technology for rural development, e-rickshaw and ethanol as cooking fuel being just the two from way back in the 1990s.

On Tuesday, Padma Award finally caught up with the 60-plus spiritual engineer — currently the Director of Nimbkar Agricultural Research Institute (NARI) at Phaltan (district Satara), Maharashtra — who believes that spirituality with high technology should be “the mantra of India’s development and practices what he preaches.”

Born and raised in Lucknow, higher studies in the US beckoned Rajvanshi following his bachelor and master’s degrees in Mechanical Engineering from IIT Kanpur. He received PhD at the University of Florida in 1979, he taught there for two and half years.

He could have chosen a cozy life for himself, instead came back to India in 1981 with a dream to apply his training for developing rural India. Dr Anil Rajvanshi established the energy and sustainable development work at NARI.

His efforts have shown how a small rural S&T Institute working on shoestring budget can pioneer technologies for rural India. He calls himself a spiritual engineer and believes that spirituality with high technology should be the mantra of India’s development and practices what he preaches.

Apart from a dozen-odd national and international awards, Dr Anil Rajvanshi is the recipient of the prestigious Jamnalal Bajaj Award in 2001 for the use of science and technology in rural India.