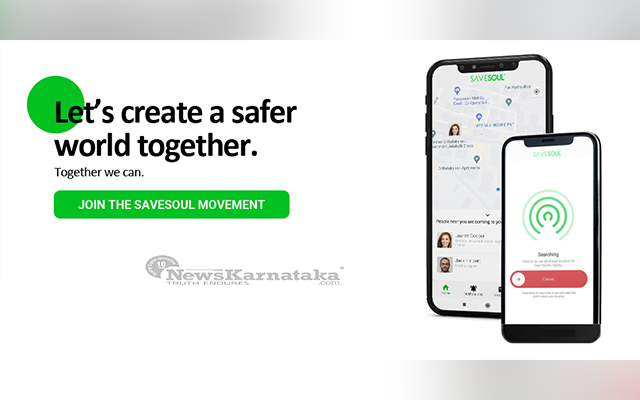 Assume you’re running late and need to get home as soon as possible. It’s dark, and your cab bookings are getting canceled. You’re alone. Doesn’t this sound terrifying? In 2019, one rape case was reported every 16 minutes in India. Even under the premise of a pandemic and multiple lockdowns, the crime rate against women did not decrease. In such an era, SaveSoul, a prosocial innovation, brings a sense of relief and protection.

SaveSoul, founded by Gaurav Bora (35) and Mohit Malpani (28), was officially launched in August 2021. The ideology behind the app is to provide a space that shall allow knowledge of your location to other people in the same area, ensuring possible help during an emergency. In an exclusive interview with NewsKarnataka, the founders of the app said, “SaveSoul is a peer-to-peer safety grid where you can instantly alert the people around your location if you happen to be in danger. Our mission is to create safer streets by building the world’s biggest safety grid so that no matter where you go, there will always be someone nearby to come to help.”

The conception and the implementation of the app did face certain hurdles. Gaurav asserted that, like any other early bootstrapped tech company, they had faced obstacles during the initial phases of the app. 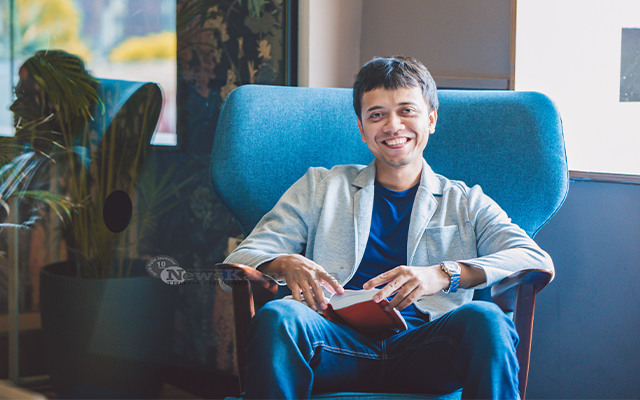 “I won’t call them difficulties, but rather challenges, related to time available and the work to be done. We were a very small team, and we had to manage everything from tech to marketing to customer support. But it never felt like work as we like what we do, which keeps us going. And our SaveSoul members have been super supportive, giving us valuable feedback from time to time,” they said.

The role of social media

In the digital era, any startup first creates an official account or page on the social networking sites such as Instagram, Twitter, and so on, since social media marketing has become a crucial part of the business. Not only does social media increase the target audience, but it also helps form a like-minded community virtually. The app’s founders claimed, “social media has made it very easy for any company to launch and market their work. Since we launched, we have concentrated more on Instagram, and about 95 per cent of our users came from that platform. If you have a really good product that can solve a problem of the users, social media can make it go viral.”

Many believe that education can help reduce the crime rates against women. Teaching everyone the laws and the binary of good and bad may have a long-term impact on their social life. However, others believe that morality can be innate and cannot be changed permanently even through appropriate education. In conversation about the same, Gaurav and Mohit explained that while education is vital in the process, no one is born a criminal. Still, not everyone has the same upbringing too. “Most of the time, how we are brought up, what we see, whom we interact with while growing up, what we learned as good or bad; all these have a profound effect on us when we grow up. But if we are taught the difference between right and wrong from our childhood, the consequences of our actions not only for us but also for the people around us, and how it would feel to be on the other side of the equation, we will become more empathetic towards others,” they contended. 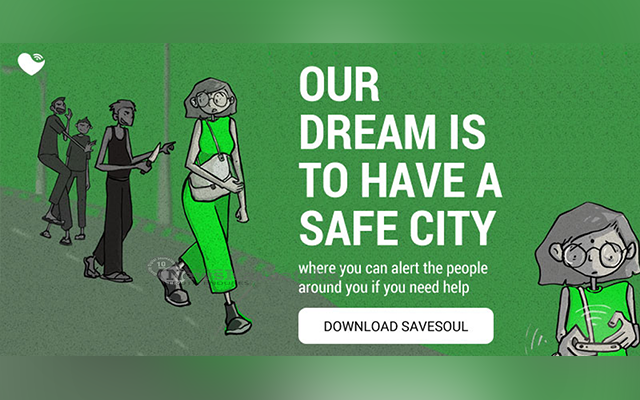 Additionally, the founders of the app believe that education along with economic upliftment, solid legal measures, and the ability to empathize can help decrease the crime rate in the long run. However, it will not be one or two years, instead a very long period. They mentioned that until then, we should also solve the crime problem that exists today, and that is what SaveSoul is trying to do. SaveSoul tries to solve this with the combination of technology, empathy, and community.

The Bystander Effect and SaveSoul

In simple words, the Bystander Effect is a phenomenon that explains why strangers do not help in the event of an emergency, mainly because they assume that others would extend help. Thus, their help, in particular, is perceived to be not needed. On the other hand, SaveSoul works on the foundation that a person can alert the local people of an area through the app if their help is needed. Talking about the effect and what SaveSoul does to change this, the founders explained that when they came up with the idea of the app, they tried to find the reasons behind people turning a blind eye to those in need. “Let’s assume that someone near me is in danger and has reached out to me for help. Here are some possible scenarios going through my mind: Is the person asking for help genuine? If I go to help, will I defend myself, or will I end up being in danger? I am sure someone else will go and help. I can relax. Apart from these scenarios, there is also the one where the person genuinely does not know what to do when someone around them is in danger. Since the situation the person encounters is a break from the normal day-to-day life the person is used to, they don’t know what to do or how to react. It doesn’t come naturally to them. We at SaveSoul are trying to bring a change by solving each of these issues. And it’s happening. We saw more than 3000 people sign up, and that is not a small number for a novel concept like this,” they affirmed.

As co-founders of the app, both Mohit and Gaurav want to solve real issues that can provide value to their users. For example, how can blood be made more accessible to the people who need it, how can they help someone during a medical emergency, and so on. “We talk, brainstorm, discuss, come up with ideas, and we execute them to make the SaveSoul platform better. And we love every bit of our journey. We have many features in the pipeline, and we are working on them. Currently, apart from the SaveSoul Safety Grid, we also have the SaveSoul Blood Grid where users can register as donors or can seek blood directly from people in the city,” Gaurav revealed.

Since its launch, the app has received positive comments, with more than 3000 people becoming a part of the SaveSoul grid. The founders maintained that they had had great feedback and support from all their early members. The concept of SaveSoul is a worldwide safety grid, where one can alert the people around their location if one is in danger.  They claimed that all the app members have greatly supported the concept and constantly add other members onto the grid to make it more effective.

A message for you

Creating a safer world is no longer a dream; it’s a reality. But it can only become real if all of us work together. Let’s create safer streets for ourselves and our loved ones, and doing so will automatically create a safer world for everyone. – with this, the founders, Gaurav Bora and Mohit Malpani, signed off.