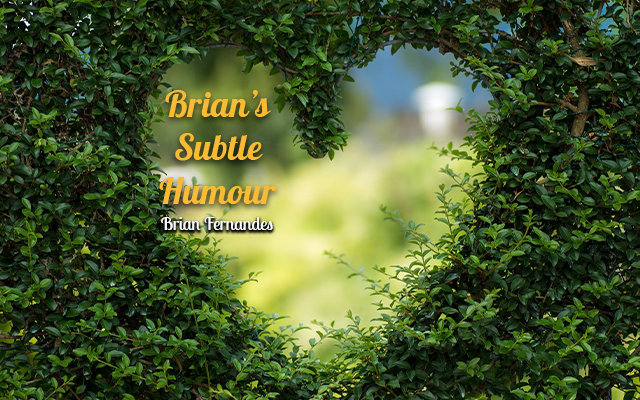 This is going to be long one. But if you love four letter words, especially love, you will read it through. If not, it is love’s labour lost. And that is another four-letter word you never considered. Right?

February 14 is a saint’s Day. St. Valentine’s Day!  Undoubtedly those who manage (either you must be influential, brave or at home) to celebrate Valentine’s Day today are not saints – falling (without getting hurt) or being in love with another human being is considered an affront to human endeavour to preserve the predictability and order of life – the three of hearts must follow the two of hearts in a deck of cards. Else diamonds, clubs and spades will follow in that order. There’s no place for a joker except at the end of the pack. They could be martyred because they celebrated the day but will never be called saints!

But St. Valentine was a saint unlike any of us. Just to emphasize this point, a brief bio. Saint Valentine (Italian: San Valentino; Latin: Valentinus) was a 3rd-century Roman saint, commemorated in Western Christianity on February 14 and in Eastern Orthodoxy on July 6. (Should we celebrate twice – great opportunity!) He was Italian. Maybe that is where our dislike for him and his traditions stems from? our or their? That depends whether you love, or you hate. He was not one of us and can never be one of US. Of USA? maybe!

He was martyred and his body buried at a Christian cemetery on the Via Flaminia on February 14, which has been observed as the Feast of Saint Valentine (Saint Valentine’s Day) since 496. From the High Middle Ages his Saints’ Day has been associated with a tradition of courtly love.

Today, there is a whole business around his sainthood – from cards to flowers, from lathis to TRP’s, from Signature dishes and Signature tunes to Signature, the blend itself which sometimes (not in all states of the union) helps couples blend well.  Sometimes there are are Teachers and a Black Dog in tow for protection!

He is also a patron saint of Terni, epilepsy and beekeepers both of which have relevance when you are in love. You can have the fits or a bee sting so hard, that the pain tears (however you pronounce it) into you – at least for a while until the pain killers take over – the chores, the routine, the opposition, the peer, professional, family, financial, and social pressure. You must experience it to understand it even as others mis-understand it. Or you can choose email over a handwritten letter. So much easier?

For a better understanding, its best I quote Tina Turner from her hit song – What’s Love to got to do with it…

It may seem to you that I’m acting confused

When you’re close to me

If I tend to look dazed, I’ve read it someplace

I’ve got cause to be

There’s a name for it

There’s a phrase that fits

But whatever the reason, you do it for me

What’s love but a second-hand emotion?

What’s love got to do, got to do with it?

Who needs a heart, when a heart can be broken?

But His love was different, it was for the persecuted. And today he is as relevant as he was all those years ago; only the circumstances are different. Those in love are persecuted, are they not? No. You have got it all wrong. They are persuaded. They are persuaded not to love, not to fall in love (you get hurt don’t you? and you hurt so many others – their families, our sentiments and our traditions and the order of our universe according to us), and not to hold hands, except their own on Valentine’s Day. Didn’t know there was joy in that too! Don’t get that tingly feeling you get when you take the first sip of Fanta! That remains a fanta-sy! Sometimes, a dangerous one. That is why we rust and therefore perhaps we lust!  But that is not the kind of Love (all four-letter words – kind, kinder and kindest) that he promoted. His tradition is associated with courtly love.

See also  I am conscious about my actions, so have no regrets: Dr Einsha

Courtly love (Newman, Francis X., ed. (1968). The Meaning of Courtly Love. vii. ISBN 0-87395-038-0) was a medieval European literary conception of love that emphasized nobility and chivalry. Medieval literature is filled with examples of knights setting out on adventures and performing various deeds or services for ladies because of their “courtly love”. This kind of love now ends up in court!

According to Barbara W. Tuchman, courtly love has the following stages!

Barbara seems to have nomenclatured these stages from experience. She may not have gone into the aftermath. That is for you to discover or watch Discovery plus!

According to statistics though, India has the lowest rate of Divorce. As I mentioned in a previous article, it is just 1%, because spouses stick to each other through thick and thin, and Covid – literally. But now Traffic Jams are separating 3% of that 1% in Mumbai, according to Amruta Fadnavis, wife of former Maharashtra Chief Minister Devendra Fadnavis. Commenting on the bad road conditions leading to traffic snarls, the wife of the BJP leader said: “Due to traffic, people are unable to give time to their families and 3% of divorces in Mumbai are happening due to it”. It is not clear, what percentage of these couples are sitting together inside their vehicles or waiting for each other to arrive!

When you are “in” love, you either live in or live out your relationship. You become independently dependent – that’s the new Google algorithm for modern or modernist couples – those who wear torn jeans to signify abundance. There’s a lot of talk of Spaces – My Space, Your space. But it may or may not be relevant to know, that Myspace was a  social media network that enabled users to create their own profile pages, engage in various forums, listen to music, and more. It was launched in January 2004, and the site became the world’s leading social media platform. It was acquired for $580 million by News Corp in 2005 but eventually flamed out. It’s also prudent to note that the eternal flame can (now) only be found at the War Memorial.

But ordinary flames can be found everywhere – on Facebook, Instagram (Telegram too, not the old one, but the new) Skype, Messenger, Pinterest, Snapchat and not the least Tinder and Grindr!  Love letters have been consigned to the flames – literally and Email’s are for “may I have your Daughter’s / Son’s hand in Marriage?”  That’s when Tradition and Technology and the couple, must blend like in a Mixie?

A couple from Tamil Nadu brought tradition and technology together when they hosted their wedding reception in the metaverse. Dinesh SP and Janaganandhini Ramaswamy got married on February 6 in Sivalingapuram, a small tribal village of Tamil Nadu. However, friends and family from across the world were able to attend the wedding reception that followed as it took place in a virtual world.

Metaverse is a virtual 3D environment where users can ‘live’ and interact with others through digital avatars. It combines multiple elements of technology like augmented reality, blockchain and virtual reality. This is the new reality! The problem is thereafter they have to live in the Universe, purchase realty and face reality! A whole new season of Big Boss!

Well good luck Valentines. You now know you have history on your side. All you have to do is stay home, stay safe and celebrate the day in the Metaverse – for better or worse! One piece of advice though. Don’t wear clothes that disturb law and order. Blue is just fine!