Trending :
China suspends 5 airlines after Covid cases on flights
S.Korean Prez to visit Europe next week
95% people do not need BJP: Akhilesh
Priyanka to flag off ‘Pratigya Yatra’ on Saturday
Pakistan, India among countries of concern on climate change
News Karnataka /  Special /  Column /  Is your birthday your own? 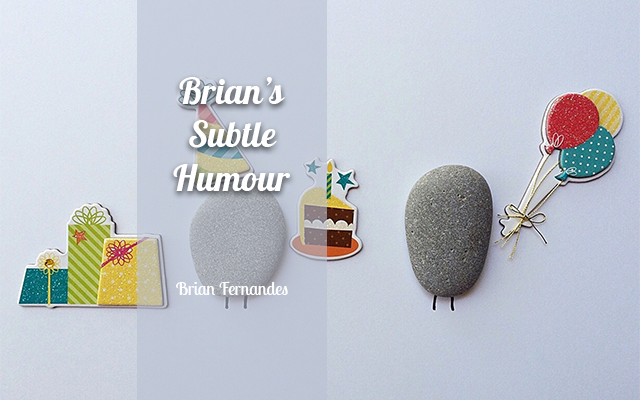 Last week I had occasion to enjoy my birthday again – A WhatsApp group that I was a part of dedicated a whole day to me – my pics – old and new – there was even an mp4 collage which showed me aging (and engaging) well – were all over the group, and the wishes for many reruns of the day in future were flowing. Some even mentioned my contributions to the group which were, in the eyes of some in the group – I could count them on my fingers – negligible, but in the eyes of others – tremendous; just by being the chief admin of the group which I had been for some time now though the group had been founded by someone else. After I took over, many in the group felt that I had moulded it in my own image – a strong single minded but aging one – which I believed was the best for the group!

It was not my birthday – someone had got it wrong – and even if it was, I wondered why it was being celebrated in such an elaborate manner on the group. Certainly, I didn’t want it. But I allowed it because it made me feel good. I loved the reassuring lies that were spewed ad nauseum and preferred them over the inconvenient truth – that my birthday was not my own. When so many people said I deserved the celebrations, I thought to myself: I must have done something good  and let the day run its course.

At the end of the day, I was left with no option but to render a real tearjerker of a vote of thanks – one that promised more of nothing but beautifully and dutifully said. I must keep the group happy at all costs!

But also, because our birth is not of our own making is it? Think about it. My parents may not about it; did they or didn’t they? We come into the world due to the efforts of others, not our own, not at a time or their or our choosing, and then we are given everything we think is our own today – Our name, our religious persuasion, our personality – at least the highlights, our nationality,  our community, and even our homes! and how we fight for the right to keep them. We make them all our own and revel in their glorification – sometimes we do it ourselves – either overtly or subtly (much like the contents of this column) through others!

Often we do believe (because we are often told so) that we are God’s gift to the world – a wrapped gift like one from the secret Santa – which when unwrapped provides for many surprises to the recipient. But that doesn’t change who we are because essentially we can’t – we are not ours to change no matter what the psychology books may tell you! We can alter a few bits if we go to the right tailor, nothing more.

It’s an inheritance that perpetuates itself and mutates like a virus over generations of intermingling! Every generation brings a new wave that thinks the previous one messed up the world and they have been born to set it right! But what is right today will be wrong tomorrow – that is a constant until we shift lock stock and barrel (barrel is important) to Mars!

Remember your first birthday? You don’t? Great; because it can cause you nightmares when age becomes a cage and not just a number-crunching and candle burning exercise! It’s not one year later, but the day you were pushed out or extracted into the world – to see its harsh realities through your own eyes, not the eyes of your mother and you cried – yea, that’s exactly why you cried and to make things worse if you didn’t cry, you got a slap on the bottom – your first reality show – to show you who’s Big Boss! And mark my words – there is always one in your life!

People find new ways to celebrate their birthdays every year – public office, public service (the two are not interlinked no matter what anyone may say and many people said many things in this connection this last week), a meal for orphans or Destitutes at an ashram, a party at home or a pub, and sometimes, just an exchange of messages and emojis on social media, as you curl up in front of the TV watching Money heist! Every year on a particular day, you become “one year older, one year wiser” and the older you get, or maybe it’s just the way you look, you get the prefix uncle or aunty! even though you are not actually one and the difference in ages is not more than five. You are already in the Margadarhshak Mandal by default – and you may think, you will constantly be asked for advice and wisdom garnered from your mistakes, until you realise that they would like to make their own mistakes – yours are outdated! Then you may feel ignored and will have to put it down to their ignorance!

As the years pass by we are told that age is just a number and studies have proven that man’s most productive age – not reproductive age – comes after 60. 60, not as in the peg measure, but in the number of years one has spent on earth. Not many believe those studies because it is the age at which most people are compulsorily retired to make way for their mutations and to pursue the life of leisure that often ends abruptly, but sometimes leisurely too – it is the latter that is a cause of concern as they sometimes forget who they’ve been, who they are, why they are here and we constantly cruelly remind them.

In the end, the fire that consumes our bodies is the equaliser that the constitution eternally seeks but never finds; for beyond the fire some have their statues, some their monuments, some their names embossed on all sorts of infrastructure from toilets to pavilions, and some others find themselves in print. But there are so many others who find that the Natraj Eraser (the one we used to use when age was not a number) is very effective.

So, birthdays may not be your own, but the more you have, means the longer you have lived or lingered – that choice too is not yours. Even though it’s not your own to celebrate, you must allow others to celebrate it for you – but don’t forget you will also have to do it in return, because nobody’s birthday is their own – they have integrated it into their thinking! Come to think of it, you will pass from this world when called upon to do so – you can’t say no – and someone else and your identity will be given to some one else – the identity you so assiduously cultivated standing in front of the mirror!

Respect your elders – they never said olders!– we were told as children – they were born before you, and they may die before you, but while they are here, pay obeisance. And so, we do. And sometimes we do not. When we do not, the elders feel hurt and await the day when we will have the same experience – but then, they will not be able to experience their experience. So much for experiential learning!

So, celebrate every birthday you’ll ever have, or get others to do it by dropping subtle hints. It may be your last. If no one turns up, you can have your cake and eat it! What more can you ask for!

2 thoughts on “Is your birthday your own?”