Melukote: Karnataka is home to many historical, spiritual and educational destinations. Each and every district in the State has its own history and legacy. Among these places Melukote stands out with its religious, spiritual, and historical significance. 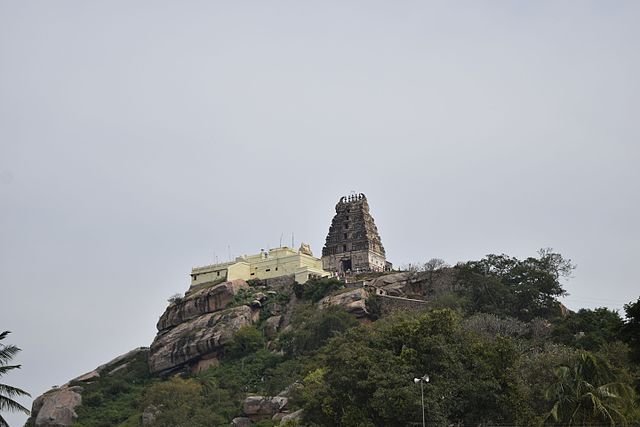 Melukote is located in Pandavapura Taluk of Mandya District. The temple located on the top of Yadugiri Hills is dedicated to Lord Vishnu. It is a sacred place of Shrivaishnavites as Saint Ramanujacharya is said to have spent around 12 years here.

The temple is over 1000 years old, and one has to climb 500 steps to reach Vishnu’s abode. The temple is unique as the Lord’s jewels and ornaments are unmatchable. Intricate designs and of great worth, it is beautiful experience to decked up Lord.

Vairamudi Utsava is the most famous religious celebration here. It is celebrated in the month of March-April every year. During the time, Lord Cheluvanarayana Swamy, the main deity of the temple is decorated with diamond ornaments and the idol is taken out in a procession.

Mysore Wodeyers were one of the chief patrons of the temple. There are 3 crowns presented to Lord Cheluvanarayana Swamy, and they are kept in the safe custody and brought out only during special occasion. Apart from Cheluvanarayana Swamy Temple, Melukote houses many other Lord Vishnu temples too.

Yoga Narasimha temple is situated on top of the hill here. Many people believe that Lord Rama had visited the shrine and worshipped the Lord.

Melukote also has a wildlife sanctuary that is home for wolves, jungle cats, bonnet macaque, languor, and leopard among others.

Melukote is also a famous shooting spot. Many Kannada films and films of other languages have been shot here. Rayagopura and Kalyani are picturised and have been commonly seen in films.

Kalyani at Melukote is a corridor-surrounded and pillar-supported huge tank. The stone pillars have magnificent carvings. There are series of steps leading down to the water which has heightened the tank’s beauty.

Melukote being the residence of Mandyam Iyengars, the place is well-known for its authentic Puliogare. The taste of this puliyogare cannot be replicated anywhere else in the world. Ramanujacharya was instrumental in building priestly colony where these Iyengars are settled since centuries reflecting part of Tamilnadu culture.

While on visit to Melukote, one can take a trip to nearby places such as Srirangapattana, KRS Dam, Balamuri Falls, and Thonnur Lake among others. The best time to visit Melukote is June-November.