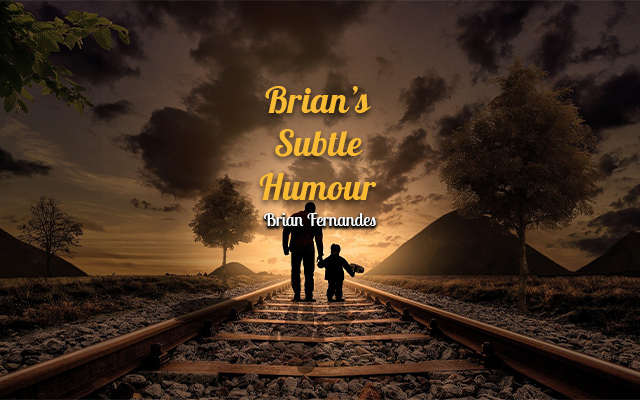 It was Children’s Day a couple of days ago, and even if there’s an unfortunate, (some see it as fortunate and I am just a loyal citizen unable to judge) change in attitude toward the person in whose name we celebrate this day, fortunately – and this is a definite – there is no change in attitude towards the children themselves. There’s something about children – their vulnerability, their innocence, their need for affection and of course the child in all of us, that doesn’t allow us to change our attitude toward them.

I was parked at a traffic signal recently – one of the few that actually work. A child in ragged clothes came across and stretched out his hand, asking for alms. I couldn’t deny him that. I took out a coin and placed it his palm, but looked into his eyes. They were bright with expectation, with none of the morbidity of his situation troubling him. Yet it troubled me. The light turned green and I moved on, stopped at a hotel to have a cup of coffee, and there wiping my table before I could order a coffee, was another child, dressed in a comparatively clean uniform, holding a plastic tray and a rather soiled rag with which he cleaned the table. As an aside, let me say that according to the Unicef, one in every eight children, aged 5-14 years, work for their own household or someone else.

Anyway, as I watched him do that, (he did it rather mechanically), my thoughts wandered home, where, when I was his age, my parents did that for me, and now that I am their age, I do that for my children, for there’s something about children, that makes us want to do something for them.

Maybe it’s a combination of their innocence, their gaiety, their complexity expressed simply, their smiles, their appearance, their responsiveness, their ability to come up with the most interesting take on events around them – I don’t know what, but when I see children, doing for me, what I should have been doing for them, I’m reminded of how much I have regressed as an adult, so much so that I’m immune to seeing them wiping the table for me or begging in the street?… except perhaps when it is my child. But even if it were mine, what if I could do nothing about it?

Then a thought struck me, don’t they too want to be somebody’s child? Don’t they yearn for such support? I’m sure they do, but… in our world there’s always a but…

I’m reminded of the chorus of the song “Nobody’s Child” by Karen Young .

And no daddy’s smile

There’s something about children that shows, when you see how they love – freely and with great passion. No barriers, no holding back, no race, no color, no creed. Just stand in the basement of an apartment complex or a village playground and watch them play and you’ll come away invigorated. There are no manipulations, no greed, no lies and very little jealously. Everything is not hunky dory though. There is hurt, if they are not loved in return, there is reservation, if they are repressed and there is suffering and manifestation if they are abused and suicidal tendencies   when they are unable to cope with parental and peer pressures.

While the transformation from larva into butterflies, is painful, the tragedy is, that the inner beauty   fades, even as the skin remains vibrant, and the adult, becomes everything the child was not – jealous, greedy, manipulative, acquisitive, and builds all kinds of barriers in the name of self-protection.

The world is made for children, not for adults – just look around you at nature, its beauty and its openness, but adults took it over and made it their own. They subdued nature, concretized it and then went after its children, using them as mules, as outlets for their aggression – both sexual and physical and to deny them the chance to dance in the rain. Perhaps, they did not want the child in them to rear its head, for there’s something about children, you can’t suppress.

There’s also something about children that reminds us of off and on, in a rather nostalgic way, that we once belonged to that happy category of human beings, no matter their circumstances.

As children, we were, for some time dependent entirely on our parents, and they didn’t mind, for they loved us without reservation (a wrong word to use, but the affirmation was in their action if not in their words or their hugs – they are not used to doing that, given our social ethos – for me its pathos) then we were dependent partly on ourselves, partly on our friends, and partly on our parents – this was a phase when we could witness withdrawal symptoms in them, but didn’t care enough; and then we were out there all by ourselves in a mad bad world – fully dependent upon ourselves and longing for the comforts of our parent’s home!

If we had learnt our lessons well – the ones at school – by mugging, at home – from advice and good example, and on the street – from experience – we had less chance of being mugged, tugged or screwed at work or in our relationships which perhaps, is the key to “success”.

Scholastically, genetically, monetarily, and environmentally we are not the same and can never be – We live in Indiopia not Utopia, and the variations of one or the other do take their toll as we grow up. In addition, there are variables that many of us only read in textbooks – abandonment, abuse, misuse, and that all-encompassing phrase – “circumstances beyond our control”. Put together we end up where we are. For me, I’m just happy that I can put this column tether for you every Tuesday and I have a platform like Newskarnataka.com to host it for your reading pleasure.

And of course, there is the last phase of our lives – when our parents are dependent upon us. An interesting phase that is spreading and growing across our nation with interesting sociological outcomes – interesting perhaps for the children, researchers, builders, NGO’s, but not so much for the parents or the Government which already seems at a loss as to what to do other than provide an additional half percent on interest rates!

As we age, the child in us will reemerge.  We will look around again for the affection, the help, the emotional and physical support that we got when we were children, but this time, from our children, we must be aware, we might not get it – certainly not in the way we gave it to our children, for the world has moved on relentlessly. Technology, money, and improved logistics have helped, but nothing can replace proximity and a hug.  Hope lies eternal, but is often belied, by “circumstances beyond our control” – our jobs, our own families, our own preoccupations, our own “circumstances”.

There are 472 million children in India under the age of 18 years, representing 36% of the country’s total population. A large percentage, 29% of that figure constitute children between the ages of 0 to 6 years. In addition, 73% of children in India are living in rural areas, often have limited access to fundamental needs such as nutrition, access to healthcare, education, and protection.  According to the UNICEF,  every day 67,385 babies are born in India, that’s one sixth of the world’s child births. Every minute one of these newborns dies… That’s as gloomy a scenario as a Monsoon that never ends, but things have improved with the Right to Education Act, Child rights Activists, the media, and the Courts affirming their affection for children, whenever possible and reminding governments – both state and central governments, that they must facilitate a nurturing atmosphere for the children any which way.  There’s something about children that tells us we must do right by them, if we want to, as Michael Jackson sang, heal the world, and make it a better place, for you and for me, and the entire human race.

I must apologize for the limited wit in this column, but I’m hoping that the next child you see – be it yours or another’s, will bring a smile to your face!