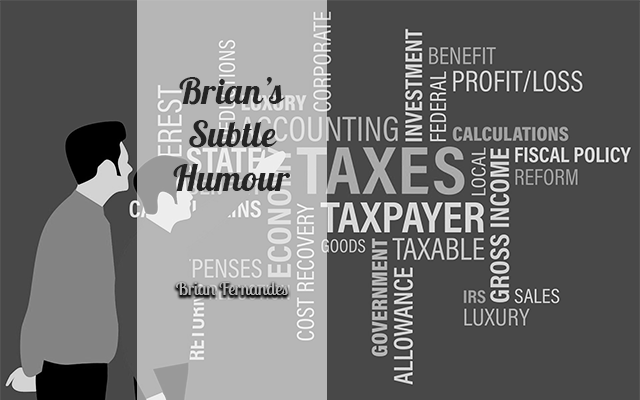 Most four-letter words are appreciative of human endeavour or emotion and are constantly used for that reason. Love, hate, time, rofl (that’s a new one) etc. are just a few of the many. Today hate is used more than love – people have learned to love to hate, rather than love to love! you hate French fries? I wonder, is it because you can’t love enough? what is there not to love in French fries? They are vegan, fattening, and so awesomely tasty – you can’t eat just one!

If you don’t love, must you hate? There’s nothing in between? Is indifference or enjoying the difference, not an option? Can’t you just live with it in acceptance and peace, with or without a double dose of vaccination, like we have come to do with Covid 19?

But this is not about four-letter words, though one may get an equal opportunity (life is an equal opportunity employer) to use at least one of them (you choose which one you’d use – in this you have a choice but don’t voice it! remember how you learned to count? two in the hand one in the mind?) along with a three-letter word. Well, the smaller the word – one letter can make a huge difference – the more heft it has in our national vocabulary.

Let’s take the three-letter word Tax or its sibling, the acronym that is a word by itself – GST. It’s a much-loved word, and size does not matter – at least not in this case. It’s quite fashionable among the vast array of government functionaries and their allied services – the accountants who tell you how much (the least thankfully), when, what, and how you must pay, but never why; and they are never shy!

Apparently, this three-letter word that spawns a dozen environmentally unfriendly  ‘letters’ both if taxes are paid or unpaid, have been around since the beginning of civilization – If you want to live civilly you pay your taxes (and we will let you live peacefully / civilly) or die violently – that rationale is valid today 4500 years later too. Now though, it is refined  – you can die a slow death pinned down or pinned up to a wall by a slew of regulations that have been coined and administered especially for the purpose. None of which you understand, but you are expected to understand and ensure that you’re understanding, and their understanding is just the same. In a new kind of math – Differences will be additions!

But back to his story – the most loved three-letter word was first used/implemented in Mesopotamia over 4500 years ago, where people paid taxes throughout the year in the form of livestock (the preferred currency at the time). Today too it is the same currency – your life is their stock! And the irony is that the demand for protection money is called extortion. Demand for Tax is called a notice! Have you noticed that one letter can make a difference? it’s the difference between agony and sanguinity?

There is the argument of course that you have to pay for your own betterment and that of your brethren – of course. When you go to the hospital you pay to get better don’t you? but you don’t pay for your brethren! and so your expected return on Investment (ROI) remains intact. And anyway you don’t have a choice.  You may have had to pay for the vaccine too, to prevent or alleviate Covid, had it not been for the supreme court’s queries on pricing and equity – not the Dalal street type, though the ups and downs of the street were partially determined by the vaccine policy! Pokémon! Game on!

So, you pay a slew of taxes on what you earn. But do those to whom you pay taxes , help you earn what you earn? No, but they do give you a license to earn it, without which you cant! and you must be grateful for that small act of mercy! you will soon learn (before you earn), that for every penny you earn, you are already paying a tax in fees for this license or that, or for this regulatory service or that, and that goes in part to pay the salary of those who devise this license  and regulatory methodology and then signs  of on it? Well, what’s wrong with that you may ask. Nothing. It’s perfectly fine, like a fine for wrong parking. After all, employment is key to another three-letter word – GDP! so aptly named because it’s a race to raise it every year by hook or crook! – Come on, Go Desperate People!

So, you pay taxes on your earnings – the refined word, the word that signifies you do nothing to earn it is  income, and it’s called income tax. It’s for your own development of course – so you may earn more and pay more! Well, you have to give up a portion of it only so that you may be able to give a bigger portion in the years to come, or your children may also have enough income to give away a portion. And the rest – well ,you save it wisely for a rainy day and watch it diet itself to death or spend it unwisely on a sunny day. If you are a national, then that’s the way to go – spend and watch the economy grow through other taxes – some of which you may not have heard off even. Save, and watch the economy shrink! Because you will pay less tax won’t you?

Let me put it this way – you cycle to work and around for all your errands – you are not paying a single paisa in taxes – you remain fit in a clean environment so no medical bills, no fuel bills – no contribution to the economy at all! That cannot be the right thing to do, right? If you are a citizen, you must do your duty and contribute effectively!

It’s complicated, isn’t it? But then, that’s just how it’s meant to be. If it were as simple as you earn x, you pay y and your income rests at x-y, well, that would be equitable, and encouraging – a constitutional coup! But no, you have to calculate and tell them how much you owe and then pay it as per their rules; they won’t tell you though it would have been the simplest thing to do! They have all the information at their Digital tips! it’s their rules, your calculations and they get to tell you whether you did it right or wrong – remember that math’s exam? No marks for the process or the intention to get it right; only for the answer! Also, you can’t interpret their rules as you see it, but they can, and will haul you up for not interpreting it the way they think (not know) it should be interpreted. And if there is a difference of opinion you will end up spending even more than the total of your taxes on revaluation by a third party! It’s your university exam all over again! But this time your parents won’t be paying the fees, taxes included.

Simplicity lies in complexity, so much so, the Income Tax Act contains a total of 23 chapters and 298 sections according to the official website of the Income Tax Department of India. These different sections deal with various aspects of taxation in India. The various heads for which you have to pay income tax include Salary, Income from house property, Capital gains, Profit and gains from business or profession, Income from other sources. Anyone can see that it is all income, no matter from where it came, and the common refrain is that there was no ease of earning involved! But then why should there be, when there is no ease of paying taxes either – that’s a good balance some would say.

Were it made simple, the unemployment rate would have gone up significantly and that can’t be good for the economy, can it? There are so many people involved in the processing of  and chasing that three letter word, that a good portion of what is earned from it is spent on getting it! That’s economic activity according to the text books. Some years ago, there was a think tank, which said abolish income tax altogether and introduce banking transaction tax. Another suggestion was to piggyback it on the GST. But the thoughts sadly tanked very quickly and not surprisingly!

Interestingly your calculation based on your interpretation of their rules is to be written up in an answer sheet called Income Tax returns – what it means is that you must return next year! this return is totally different from return on investment. ROI too is also a three letter word, but it pales into insignificance!

This was just a simple calculated interpretation of a popular three letter word in a lighter vein – after all, they say you must  not be taxed while paying your taxes and must pay them with a smile; that is the objective as always, of this column.

Disclaimer
This Article is written in a lighter vein. It hopes to bring a smile to your face, and you must not ascribe motives to its contents. There is no connection to events and characters in real life and if perchance you find a connection with any such real-life event or character, rest assured it’s purely coincidental.

6 thoughts on “Three letters are enough to tax you!”