Do you know about the Pegasus Project? Are you aware of laws about social media platforms? The vitality of understanding and utilising the laws of our country are extremely relevant now. Proving that legal education is as important as any other, OutLawed India is trying to bridge that very gap in learning.

Started by a law student, OutLawed India aims at increasing awareness about laws amongst the citizens. With 3000 plus workshops conducted over the last year, OutLawed India has provided legal awareness in many cities including Chennai, Delhi and Pune. In an exclusive interview with News Karnataka, the founder of the initiative, Vibha Nadig, spoke about the organisation’s journey.

The spark for the fire

Vibha, 21, is a fourth year law student at National Law School of India University (NLSIU), Bengaluru. She gave birth to this valuable thought at just 19! She contended that she was fond of teaching. When she entered law school, she fathomed the inaccessibility and complexity of the laws, and felt that it is a little too much for the common man to decipher. This perplexed Vibha as she believes that law is for the people. “It’s meant to protect the common man and woman, to serve as a tool that citizens can use to ensure a free, dignified, and powerful life. However, if the common citizen cannot understand and access the law, it becomes tough to actually avail legal remedies,” she explained. There’s relatively less focus on administration of syllabus pertaining to laws in Indian schools. This is another factor that leads to lack of legal awareness. “This is the problem that I sought to solve when I started OutLawed India. I wanted to combine my love for teaching and my belief that legal awareness is crucial,” Vibha added.

Speaking on OutLawed India, Vibha asserted that it’s an incredibly important mission of spreading legal awareness to all individuals in a simplified manner. OutLawed India is the medium through which Vibha does her bit and takes legal education from specialised colleges to the grass-root level. Interestingly, the team of OutLawed India was created through a call for applications on social media! The founder of the initiative proudly claimed, “the amazing thing is that our team doesn’t just consist of law students; we have design, medical, and engineering students too!” The initiative’s sub-teams include Content, Communications and Design, headed by Jwalika Balaji, Neha Giridharan from NLSIU and Anagha Musalgaonkar from PES university. “We’re proud to be a women-led initiative! Of the total 18 members on the team, 14 are women,” Vibha asserted.

In conversation about the uniqueness of her brainchild, Vibha affirmed that OutLawed India stands apart precisely because they work on the fresh idea of educating all sorts of students about law. They realised that the law is essential, but the general public is unaware of their rights, which makes the very idea distinct. “The college students conduct our legal awareness workshops and teach it to school children. Right from content creation to teaching, it’s completely a student-led initiative,” she said. The team throws special light on imparting knowledge pragmatically, and sees that it’s not theory heavy. The modules are filled with real-life examples, engaging activities and quizzes. “We have taken up independent initiatives for the general public. For example, we hosted a two-day Right To Information (RTI) Summit and participants were taken through the process of filing a Right To Information application step-by-step,” Vibha added.

The role of social media

Social media could be an elemental platform to vocalise, educate as well as network. For OutLawed India, social media has become one of the most important channels to reach people, relevant schools and organisations. Vibha mentioned, “our social media pages help us circulate legal news to our followers. Anyone following our page will be briefly updated on recent legal developments and learn about interesting legal topics like privacy and security.” She held that social media has helped them greatly in raising money for their fundraisers for Covid – 19.

From the haves to the have-nots

The objective of OutLawed India is to make the insights of the laws accessible to individuals across various socio-economic backgrounds. In an extraordinary time such as the pandemic, the digital divide becomes an inevitable obstacle in the path of providing any sort of education. Vibha’s OutLawed India tries to shorten that, by collaborating with governmental and non – governmental organisations. They have taught in schools, where a large section of students come from socio-economically disadvantaged strata of the society. They have taken both offline and online sessions for such students. Many NGOs provide tools or internet services, and therefore, online classes were also attended by individuals such as government school and college students, Anganwadi workers and so on. Additionally, they conduct sessions in regional languages for the students’ comfort.

Some thorns will prick

In conversation about the constraints faced, Vibha confessed that the main difficulty initially was the switch to online classes after the lockdown, when educational institutions were dealing with shifting to the same, ensuring the students had access. The team overcame this by firstly hosting programmes where students were equipped with the technology needed to attend online classes. Later on, they branched to collaborate with organisations that provided the means to remote learning. With ensured access, the team resumed work.

OutLawed India recently launched a new project: Project Safe Schools, aimed at collecting and analysing data from schools across India on the methods adopted to deal with sexual harassment. “Post this data collection we hope to draw up a set of guidelines for schools. We want to ensure that students know that they are protected by the law,” Vibha said. She has envisioned setting up a version of the organisation in law schools for OutLawed India. She also hopes to assist underprivileged students to get a legal education in law schools. They are working closely on the goal with the organisation, Increasing Diversity by Increasing Awareness. “I hope to reach more students with this initiative,” the founder of the initiative concluded. 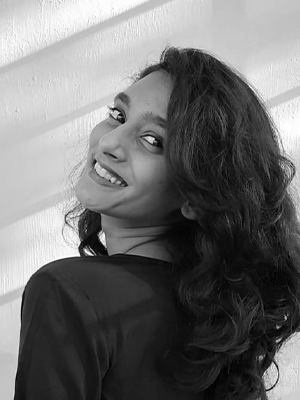