I am a woman born in this country, in a land that inherits culture that treats women as goddesses and respects tradition and ethnicity.

Does India truly deserve its women?  What’s it that is constantly threatening women’s safety? Is it the society’s mind-set?

A week ago, when two teenage sisters were raped, murdered and hanged on a mango tree in Uttar Pradesh, Mulayam Singh Yadav, the former chief minister of the state  said, “Boys will be boys, they make mistakes.”

It may be argued that other states like Bihar, Jharkhand and Chhattisgarh or even Punjab, Rajasthan and Haryana fare equally bad on the gender violence scale. However no other state seems to have treated its women as brutal as Uttar Pradesh routinely does.

If only past one week is taken into account, several other women in the region of UP were raped after the teenage girls from UP were killed on May 28.

On May 31 a 14-year-old girl went out of her village to graze goats. When she did not return in the evening her family went to file a missing report. The body of the girl was discovered next morning in the forest outside her village. “When some of us went to the jungle, we saw that they had tied her with a rope, and she had injury on her forehead. Her arm was also broken,” the girl’s father said.

On May 31, a five-year-old girl was allegedly raped on the terrace of her house where she was sleeping with her eight-year-old brother. The accused in this case was a minor; he has been arrested and the girl is recovering in a Jhalawar hospital.

On June 3, even a woman judge was not spared in Uttar Pradesh. The judge was raped and an attempt was made to kill her, by forcing her to consume pesticide in Aligarh. She was drugged and badly injured.

Whether it is the ‘alleged’ mass rape of women demanding the creation of Uttarakhand, raped women of Muzaffarnagar or the molested women during the Babri demolition, each time it is the women who have faced the brunt.

Does it really matter to anyone in the society? The Delhi gang rape created an outrage in the society demanding punitive action against rapists.The government spent crores of money towards the protection of the girls. But it seems none have reached the target.

It is not merely a coincidence that the most strident opposition to the Women’s Reservation Bill came from the parliamentarians of UP. Guess it is the mind-set, but the bitter truth is that the women are the ultimate sufferers. 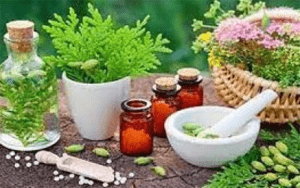