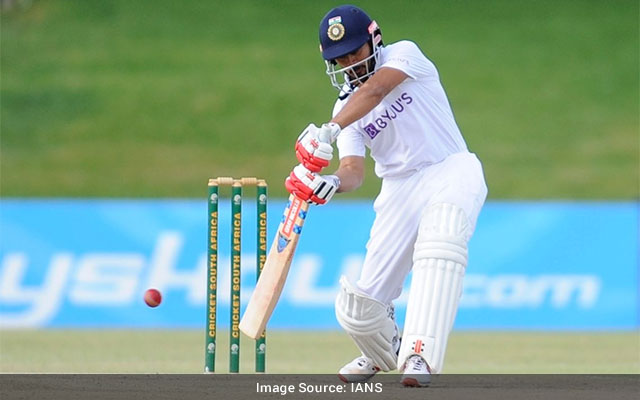 Bloemfontein: Abhimanyu Easwaran’s fine ton (103) and Priyank Panchal superb 96 took India A to 308/4 at stumps on Day 3 of the first four-day match against South Africa A, here on Thursday.

Continuing their impressive show with the bat, the overnight duo of Panchal and Easwaran, who were unbeaten on 45 and 27, respectively, on Day 2, took off from where they left and added 97 runs more to their partnership.

Their fine 142-run stand was broken when Panchal was denied a well-deserved hundred after he was dismissed for 96 – a knock which consisted of 14 fours – by George Linde. Easwaran was then joined by Hanuma Vihari and the two added 42 runs together before the latter got out after scoring 25.

Easwaran, though, stayed put and went on to complete a hundred. However, his fine knock came to an end as Lutho Sipamla dismissed the right-hander for 103.

Baba Aparajith (19 not out) and wicketkeeper Upendra Yadav (5 not out) then added 14 runs before the bad light stopped play on Day 3 of the match.