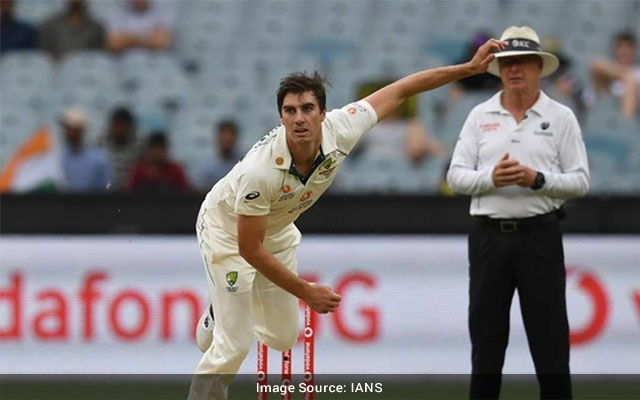 Sydney: Former Australian cricketer Michael Clarke feels the time is right for pacer Pat Cummins to be made the captain of the Test team despite his leadership inexperience. He added that the seniors in the team can help Cummins in adjusting to captaincy duties.

Cummins is the front-runner to lead Australia in the Ashes after Tim Paine decided to step down from the post due to an off-field scandal. In the past few days, several former Australian players have said in unison about elevating Cummins from vice-captain to captain. Clarke is now the latest to join the list.

“If we were three or five years on it might be different. But with so much seniority in the team, I think it is the right time for him. Because they can help him. Steve Smith, David Warner, Nathan Lyon, Mitchell Starc, Josh Hazlewood. These guys have played a truckload of Test cricket. They can be there to help him, with or without the C or VC next to his name”. Clarke said this on the Big Sports Breakfast show on Sky Sports Radio.

After Paine’s sudden resignation, Cricket Australia had announced that they have begun the accelerated process of selecting the next Test captain. But, as things stand, there has been no word on who will be the Test captain when the Ashes first Test begins on December 8 in Brisbane.

Clarke, who has been a vocal supporter of Cummins being made skipper since 2018, thinks that one needs to see how the 28-year-old is involved with the on-field proceedings.

“You have to allow him time to get into this job. Because he hasn’t had 10 years of captain first-grade or state cricket. But sometimes you can see certain things in people, and I think he’s got it. He reads the game. He’s a cricket captain. Looking at on the field tactics. The way he talks to his players. The way he sets the field when he bowls.”