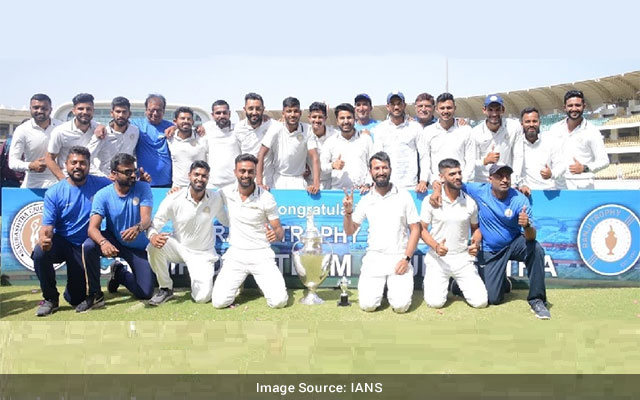 Mumbai: The Board of Control for Cricket in India (BCCI) secretary Jay Shah announced on Monday that the BCCI will increase the match fees for domestic cricketers. Shah, who attended the BCCI Apex Council Meet, also said that the cricketers who played in the 2019/20 season will get an additional 50 per cent fee for the curtailed 2020/21 season.

Women cricketers who took part in the senior women’s T20s in the 2020/21 season will also be eligible for the 50 per cent match fee as compensation for the season lost due to the COVID-19 situation.

Senior men domestic cricketers earned Rs 35,000 from every matchday in the Ranji Trophy or Vijay Hazare Trophy. They were paid Rs 17,500 per match for the Syed Mushtaq Ali Trophy. Reserve members in the team are paid half of the fees of playing members.

“Cricketers who participated in the 2019/20 domestic season will get 50% additional match fee as compensation for the 2020-’21 season lose due to the Covid-19 situation,” added Shah.

The additional match fees will also compensate for the reduced number of Ranji Trophy matches in the 2021/22 season. Till 2019/20 edition of the Ranji Trophy, each team was assured of featuring in at least eight First-Class matches. With the revised structure of the format, the number of league matches had come down to five.

The decision to organise the U-16 tournaments will be taken by the BCCI post the U-19 tournaments and taking into account the COVID-19 situation.

The Syed Mushtaq Ali Trophy will kickstart on October 20 with the final to be played on November 12. Ranji Trophy, which was cancelled last season due to the COVID-19 pandemic, will be played in a three-month window from November 16 to February 19, 2022. The Vijay Hazare Trophy will take place from February 23 to March 26 in 2022.

A total of 2127 domestic games will be played this season across various age groups in the men’s & women’s category.