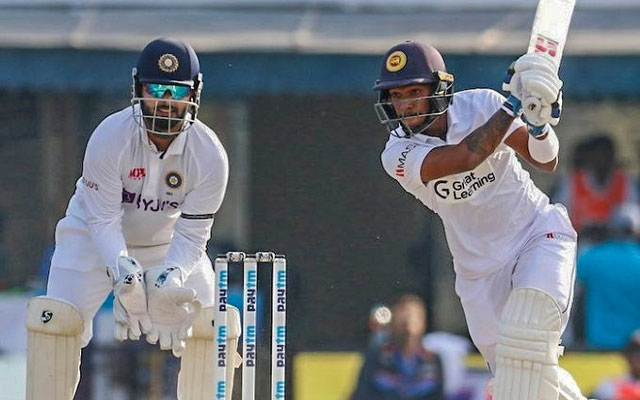 Addressing the virtual press conference on the eve of the second Test, Karunaratne also mentioned that Dushmantha Chameera, who sat out the first Test in Mohali, is also not available for selection as he continues his recovery from an ankle injury.

As per Sri Lanka captain, Chameera’s workload was being managed till the T20 World Cup, which is scheduled for October this year, and that the pacer would be available only for limited-over games in the interim period after his recovery.

“The (Sri Lanka team) medical panel has told us that we have to manage his injury till the T20 World Cup, and that he should be used (only) for white-ball cricket,” ESPNcricinfo quoted Karunaratne as saying.

Chameera is also expected to play for Lucknow Super Giants in the IPL 2022, which starts March 26. The franchise had picked him after shelling out Rs 2 crore at the mega auction last month. The pacer did not take part in the opening Test, which Sri Lanka lost by an innings and 222 runs.

However, Nissanka’s absence would hurt Sri Lanka more, as he was one of the few positives for them in the first match, having top-scored for the team with an unbeaten 61 in the first innings.