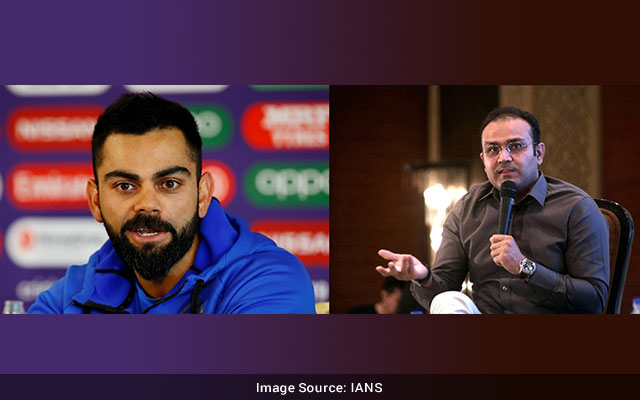 New Delhi: Several current and former cricketers, including India Test captain Virat Kohli, Virender Sehwag and Venkatesh Prasad, paid glowing tributes to the people who laid down their lives during the 26/11 terror attacks on Mumbai, as the country observed its 13th anniversary with teary eyes on Friday.

The 2008 attacks were carried out by heavily-armed Lashkar-e-Taiba terrorists, which left a total of 175 people dead, including nine attackers.

Kohli, who will return as captain of the India Test team after taking a break from the first Test against New Zealand in Green Park, Kanpur, tweeted, “We will never forget this day, we will never forget the lives lost. Sending my prayers to the friends and families who lost their loved ones (Folded hands symbol).”

Former cricketer Sehwag tweeted an emotional message with an image of Tukaram Omble, the Mumbai Police assistant sub-inspector who was killed in the attack but was instrumental in apprehending the only terrorist caught alive, Ajmal Kasab.

“13 years since the sad day. He is of the greatest son of our soil — Shaheed Tukaram Omble. The courage, the presence of mind and the selflessness demonstrated by him on that day — no words, no awards can do justice. Dandavat pranam hai aise mahaan insaan ko. #MumbaiTerrorAttack,” wrote Sehwag.

Former India pace bowler Venkatesh Prasad tweeted an image of the police and army personnel who lost their lives in the attack and wrote, “We owe a lot to these brave policemen, who not only laid down their lives to protect the motherland, but ensured Kasab was caught alive and the vicious plan to label this as a Hindu terror attack was busted. Naman to the heroes. Satyamev Jayate #MumbaiTerrorAttack.”

Former cricketer Wasim Jaffer too posted an image of the heroes and wrote, “Remembering the exemplary courage and supreme sacrifice of our bravehearts today (Folded hands, Flag of India) #NeverForgiveNeverForget #MumbaiTerrorAttack.”