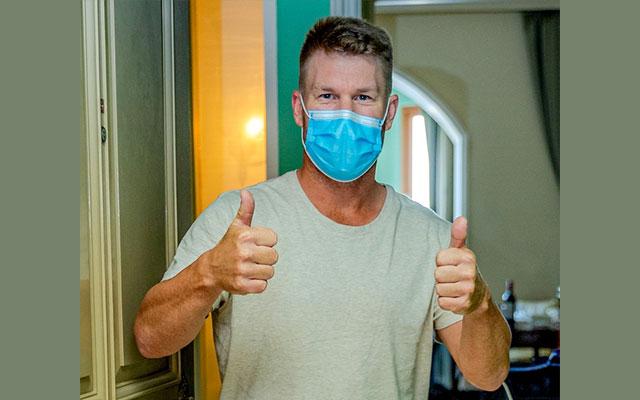 Warner, who has arrived late for this IPL season due to Australia’s series in Pakistan, will finish his 3-day quarantine, before joining his team-mates and support staff.

“Delhi Capitals’ batter David Warner arrived at the team hotel in Mumbai on Saturday. Warner is currently undergoing a mandatory 3-day quarantine before stepping out of his room,” the Delhi based franchise said in a statement.

It will be a homecoming for Warner, who commenced his IPL journey at the Delhi franchise in 2009. After 13 years, with a bag full of experience, loads of runs under his belt and having won the IPL title with Sunrisers Hyderabad, the batter returns to represent the team in 2022.

The Australian, who is the fifth-highest run getter in the history of the IPL with 5286 runs to his name, is one of the most destructive openers across formats and he will be keen to make a mark right from the word go for DC.

After beginning their campaign with a victory over Mumbai Indians, the Rishabh Pant-led Delhi Capitals were beaten by 14 runs by Gujarat Titans in their 2nd IPL 2022 game on Saturday in Pune. They will take on the Lucknow Super Giants at the DY Patil Sports Academy, Mumbai in their next match on April 7.