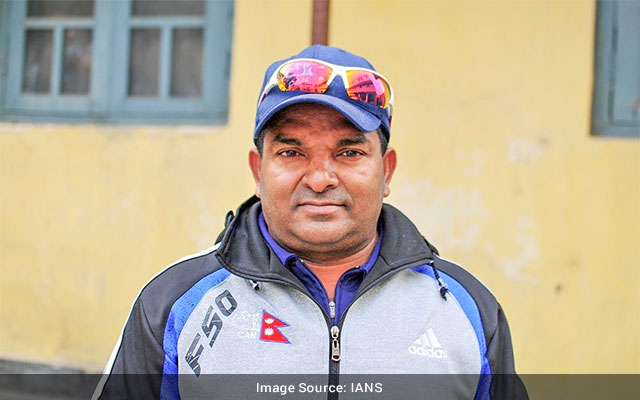 Kathmandu: Cricket Association of Nepal (CAN) on Saturday appointed former Sri Lanka and Canada cricketer Pubudu Dassanayake as the head coach of the men’s national team. This will be Dassanayake’s second stint with the Nepal team after being their coach from 2011 to 2015.

He now replaces Dav Whatmore who resigned from the position in September after the end of Nepal’s ICC Cricket World Cup League 2 matches in Muscat, Oman.

“I am simply gratified and blessed that I have got this opportunity to work with Cricket Association of Nepal. I am hopeful I would be able now to take Nepal cricket to a great height as we have immense talent not only in senior level but also in the junior level. I would like to thank Cricket Association of Nepal and entire management, cricket fans from Nepal for providing me this wonderful opportunity,” said Dassanayake on his appointment.

At 36, after his playing days were over, Dassanayake took over as the coach of the Canada side, and has been a cricket coach in the Associate circuit ever since then. He helped Canada qualify for 2011 Cricket World Cup in India, Bangladesh and Sri Lanka and then quit the position to join Nepal in the same position. Under him, Nepal went from Division Four of the ICC World Cricket League (WCL) to Division One, the WCL Championship, and to their first major ICC tournament, the 2014 T20 World Cup.

“CAN welcomes Pubudu Dassanayake as the Head Coach (Men’s team). We acknowledge his insight of Associate cricket, contribution to Nepal cricket along with the desire of players and fans alike. I am hopeful that his 2-year stint will take Nepal cricket to greater heights,” said Chatur Bahadur Chand, President, CAN.

After working with Nepal till 2016, Dassanayake went to become USA head coach, but resigned abruptly in July 2019. He guided the side from World Cricket League Division Four in November 2016 to ODI status in April 2019 as they finished in top four of WCL Division Two in Namibia.