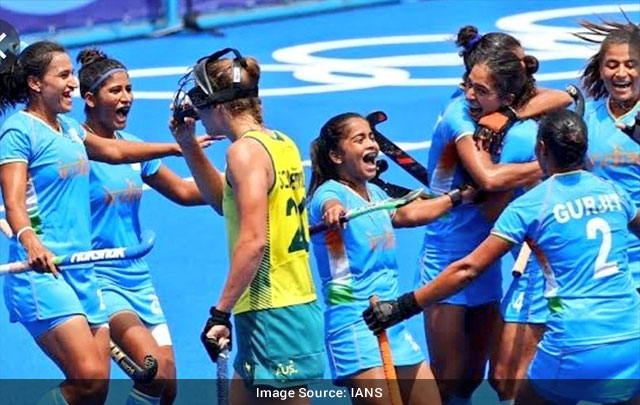 Mumbai: When Rani Rampal and her team take the field on Wednesday for the Olympics women’s hockey semifinal against Argentina, they will have a lot of people working to make things possible for them — something that was not the case when Eliza Nelson, Selma D’Silva and their teammates narrowly missed a bronze medal at the 1980 Moscow Olympics.

Rani’s India reached the semifinals by beating Australia 1-0 on Monday, while Eliza and Selma’s team missed a bronze medal after losing 1-3 to hosts Soviet Union in their last league match and ended fourth in the pool.

While the current Indian team has chief coach Sjoerd Marijne, analytical coach Janneke Schopman, coach BS Ankitha, scientific advisor Patrick Lombard, physiotherapist Nivedita Chopra, video analyst Amuthaprakash and masseuse Radhika Bhikan Chaudhari taking care of them at the Olympics and during the buildup for the Games, the 1980 team only had a coach and manager travelling with them.

And even they had to think twice before taking a major step — like when they could not lodge a protest against a mistake by the umpire because they didn’t have $300 to pay the protest fee.

“In the bronze-medal match against the Soviet Union, a ball had gone out, stuck the sideboard of the goal and came into play and the umpire did not see it. Play continued even as we sought a restart and they went on to score a goal. We could not protest as we did not have $300 to lodge a protest. It was a big amount at that time,” Eliza told IANS on Monday.

“We didn’t have video referrals; otherwise we would have got the decision in our favour. That would have helped up come back in the match,” she said. “A lot of things have changed since we won gold in the 1982 Asian Games. We did not go to play abroad for years — we had a tour in 1976 and then the 1978 World Cup. At least they (current team) get to tour and play so many matches,” she said.

Selma said hockey has changed a lot since their time and now the players have a lot of facilities. “They have the infrastructure, money; they get to tour foreign countries to play matches. They have coaches, assistant coaches, psychologists, strength training experts; we didn’t have any of these. Also, hockey has changed a lot since then. You have so many rule changes that have made the sport free-flowing,” said Selma.

Both the stalwarts congratulated the Indian team for its brilliant performance.

In fact, Selma had told IANS on Sunday that India has 50 per cent chance against Australia. She had also singled out Gurjit Kaur to score a goal and said the drag-flicker is a big-match player and would make amends in the quarterfinals.

“Didn’t I say that Gurjit will score,” she said. “She did well for herself, she has not been scoring all these days but she performed on the day when it was most needed. They earned one penalty corner and she converted and that changed the whole scenario,” said Selma.

“This team has been clicking well. They have been doing well together. And after they won the last two matches in the Pool, they gained in confidence and today they could play freely because the pressure was on Australia. They played very well; they were fearless and defended superbly. They did not allow Australia to dictate the pace and dominate. I believe this team can go on and win the gold medal.”

“They have to play like the way they played today, be aggressive, defend well and not allow the opponents any chances. They have nothing to lose and should not take undue pressure,” said Selma.