New Delhi: Weightlifter Mirabai Chanu, who won silver medal in the 49kg category on Saturday to open India’s medals tally at the Tokyo Olympic Games, arrived here in the Capital on Monday.

The 26-year-old had tweeted ahead of her departure from Tokyo on Monday.

“Heading back to home. Thank you #Tokyo2020 for memorable moments of my life,” tweeted Mirabai, who won India’s second medal in weightlifting at the Olympics after the bronze in 2000 Sydney Olympics by Karnam Malleshwari.

Decomposed bodies of missing couple found in UP 3 held in moral policing case in K’taka, hunt on to nab others 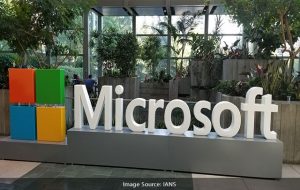