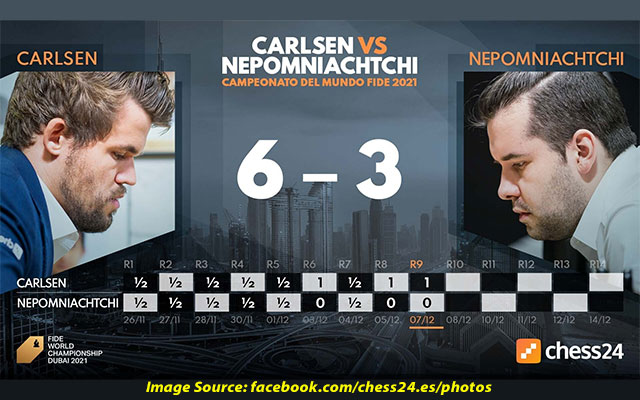 Dubai: Challenger Nepo blunders yet again, The reigning champ looks very close to retaining his title as Challenger grandmaster Ian Nepomniachtchi slipped on move 27 sending his game into a spin that it could not recover from, reports chess24.com

Carlsen became World Chess Champion in 2013 when he defeated Viswanathan Anand. He has retained the crown since then.

Champion grandmaster Magnus Carlsen, now leading the match at 6-3, needs only 1.5 points to settle his victory in this Championship.

The analyses of today’s play by previous grandmasters and the results of computerised studies are yet to start coming.

We will get you more details as they come.