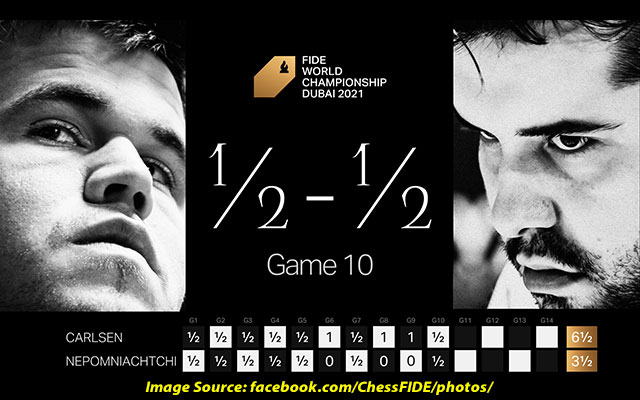 Dubai: Though a successful comeback for the challenger would require a miracle,  the game went on today, with challenger Ian Nepomniachtchi coming out with yet another Petroff, or Russian Defence, one of the driest and most solid choices, mostly aiming to try and stabilize play before a rest day.

Elite GM Anish Giri, as quoted on the FIDE World Championship website, saw that as a change in mindset from the challenger, who looked more focussed on being a worthy opponent and playing good chess, instead of opening a new war of attrition.

Champion Magnus Carlsen for his part played slowly, also playing safe and solid, gently trying to infuse some complexity into the game and while giving his adversary a chance to land a blow with the black pieces.

While the challenger played on, the champion went about trying to bring some life into the game. The challenger however did nid not take the bait, he played swift and safe,  leaving the task of covering the mandatory time to the champion, who at one point was more than half an hour behind on the clock.

“After methodical simplifications, the game was agreed drawn once they cleared the time control at move 40”. 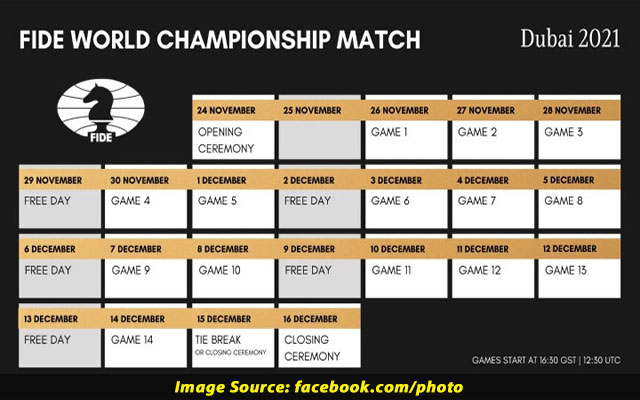 With inputs from the FIDE World Championship, the official website of the chess championship games.