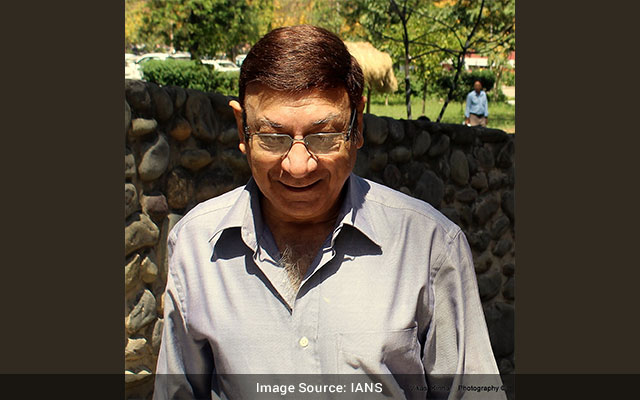 Mumbai: Actor Kanwarjit Paintal is all set to play a prominent role in the upcoming show ‘Kabhi Kabhie Ittefaq Sey’. Talking about his character, the actor says he is fond of his role in the show.

He will be seen as Tayaji of the lead character Anubhav, played by Manan Joshi in the daily soap.

Kanwarjit said: “The moment I read the script, I knew I wanted to be a part of this show. The show brings along this unique calming vibe that most of us need in the times we live in. It is a lively piece of art that people of all age groups will enjoy.

“I play the lead’s Tayaji on the show and my character has so much to offer that sometimes it gets overwhelming as an actor to portray so much at once. Nevertheless, I am loving the role and I relate to the character.”

Kanwarjit Paintal, who was seen in movies such as ‘Bawarchi’, ‘Parichay’, ‘Mere Sapno Ki Rani’ and also been part of a number of television shows, shares his working experience in the serial and with the entire cast.

The 73-year-old actor added: “Even if I am having a hard day, shooting for the show automatically lightens my mood and I for one, truly value that about the show. My co-actors are all extremely talented and watching them put their 100 per cent into their craft every day only makes me happier.

“They have always respected me and asked for advice when it comes to performing better and I have always been so happy to share my expertise.

“My role on the show is quite the important one and I have tried my best to be able to essay it with utter perfection so, I hope the audience makes the character their own and showers the kind of love they’ve forever showered. I am looking forward to the show airing and I hope so is everybody else.”

‘Kabhi Kabhie Ittefaq Sey’ is the remake of the Bengali show ‘Khorkuto’ written by Leena Gangopadhyay.

It features Yesha Rughani and Manan Joshi in the lead roles. The show will begin next year on Star Plus.