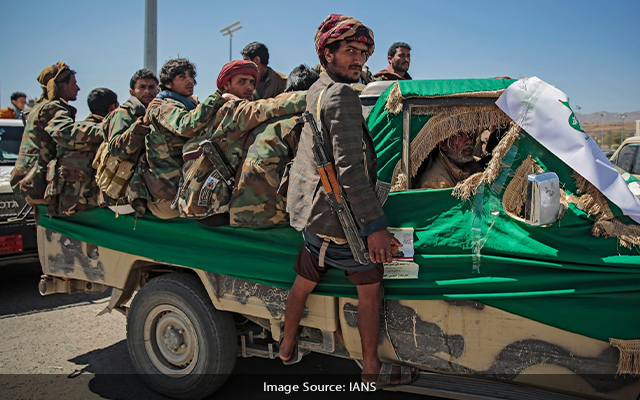 Sanaa: The Houthi militia in Yemen have continued to advance and captured new areas from the government forces in the country’s northeastern province of Al Jawf, a military official said.

“The rebels launched a large-scale attack and managed to gain a significant progress by seizing strategic areas in Khabb waash Sha’af district located in the eastern parts of al-Jawf Province,” the official told Xinhua news agency.

He confirmed that most of the areas captured by the Houthis in al-Jawf have borders with Saudi Arabia.

The Yemeni government forces backed by Saudi Arabia withdrew from the areas following the intense Houthi attacks, according to the official.

Medical sources said scores of fighters from both warring sides were killed or injured as a result of the ongoing battles raging in al-Jawf and other neighbouring areas.

The Iran-allied Houthis control much of al-Jawf’s strategic areas and the government forces are attempting to expel the rebels out of the province.

Yemen has been mired in civil war since late 2014, when the Houthi group seized control of much of the country’s north and forced the Saudi-backed government of President Abd-Rabbuh Mansour Hadi out of the capital Sanaa.

The Saudi-led military coalition intervened in the Yemeni conflict in March 2015 to support Hadi’s government.