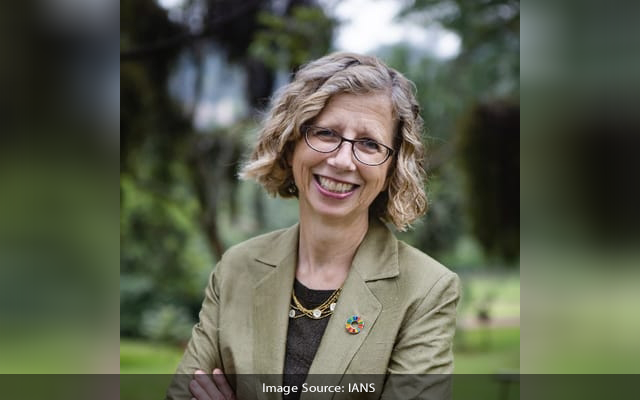 Nairobi: Making a compassionate appeal for the establishment of an Intergovernmental Negotiating Committee to kick-start work towards a global and legally binding agreement to address plastic pollution, UNEP Executive Director Inger Andersen on Wednesday said it would have been the most important multilateral environmental deal since the Paris Agreement on climate change in 2015.

“And such a deal could be transformational,” she stressed.

Delivering her speech for the high-level segment of the resumed fifth environment Assembly in this Kenyan city, she said: “While we meet at a time of turmoil, when peace remains more important than ever, I can say without doubt that UNEA 5.2 is the most relevant and important gathering of this body since its formation.

“Why? Because the triple planetary crisis of climate change, nature and biodiversity loss, and pollution and waste is threatening to pull the very rug out from under the Sustainable Development Goals — and with it whip away our aspirations to end hunger and poverty, deliver peace and equity, and live in harmony with the natural world.”

Inger asked to adopt the INC resolution so that negotiations can start, and the UN Environment Programme (UNEP) can then land the agreement itself at the earliest possible opportunity, and no later than, the end of 2024.

“And as we embark on this journey, let us be clear that the agreement will only truly count if it has clear provisions that are legally binding, as the resolution states.

“It will only count if it adopts a full life-cycle approach — stretching from design to production to circularity to reducing, managing and preventing waste.

“We need to set in place financing mechanism and means of implementation. We need to provide incentives for all stakeholders and engage with business. And, finally, we need to ensure that the agreement has real political support at the highest level — to both agree on the deal in record time and start implementing it.”

The UNEP chief said, “So, the decisions we take today will be monumental. As we gavel the INC resolution, we will have the most important international multilateral environmental deal since Paris. And such a deal could be transformational.”

Getting the agreement right will kickstart a circular economy that delivers huge benefits, she said.

“And getting it right could create a model for a much-needed move to circularity in other sectors — particularly in energy, transport and construction. What works for plastics could just as easily work in these sectors, creating jobs and mitigating the triple planetary crisis.”

Going down memory lane, Inger narrated her story by saying, “I remember my mother telling me about sitting in a cafe — immediately after Denmark had been liberated, before I was born.

“At the table next to her were two American businessmen with colourful blocks made from a strange new material. As she eavesdropped, the curious 18-year-old schoolgirl heard them say, ‘This is plastic. This is the future’.

“These businessmen foresaw only a future of profit and convenience. They did not foresee a future — now our present — in which plastic pollution is everywhere, from the deepest ocean trench to the highest mountain peak.

“We see this pollution. We feel its climate impacts. We live with the sheer waste of taking a versatile, durable material and making it disposable — losing all value instead of retaining it.

“Now we must make the wrong-headed way we manufacture and use plastic the past.”

The Assembly is negotiating other critical issues, including ecosystem-based approaches and biodiversity, green recovery and circular economy, and chemical waste and nitrogen management.

A statement by the UNEP said, an international resolution to end plastic pollution is expected to be gaveled during the closing plenary of the Assembly late Wednesday that is attended by more than 3,400 in-person and 1,500 online participants from 175 UN Member States, including 79 ministers and 17 high-level officials.