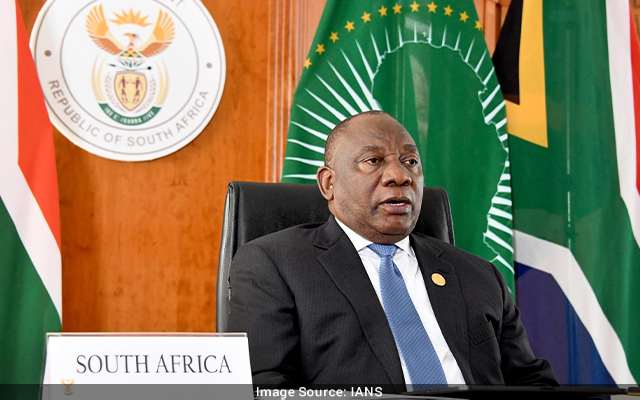 He said on Sunday night that while the third wave is not yet over, a sustained decline in infections was seen across the country over the last few weeks.

This means that curfew would begin at 11 p.m. and end at 4 a.m.; All gatherings will be limited to a maximum of 250 people indoors and 500 people outdoors; Alcohol can be sold on from Monday to Friday, one day more than before.

Ramaphosa also said the issue of vaccine passports was being considered.

“We will also be providing further information on an approach to ‘vaccine passports’, which can be used as evidence of vaccination for various purposes and events,” he said.

While urging people to exercise their right and participate in the elections, the president warned about reckless behaviour that may lead to the fourth wave.

With over 7 million of the population being fully vaccinated, he appealed to others to get the jab to contain the spread of the virus.

“Let us make it our mission to vaccinate as many people as we can, so that we can move ahead with the task of rebuilding our economy and our lives,” he said.